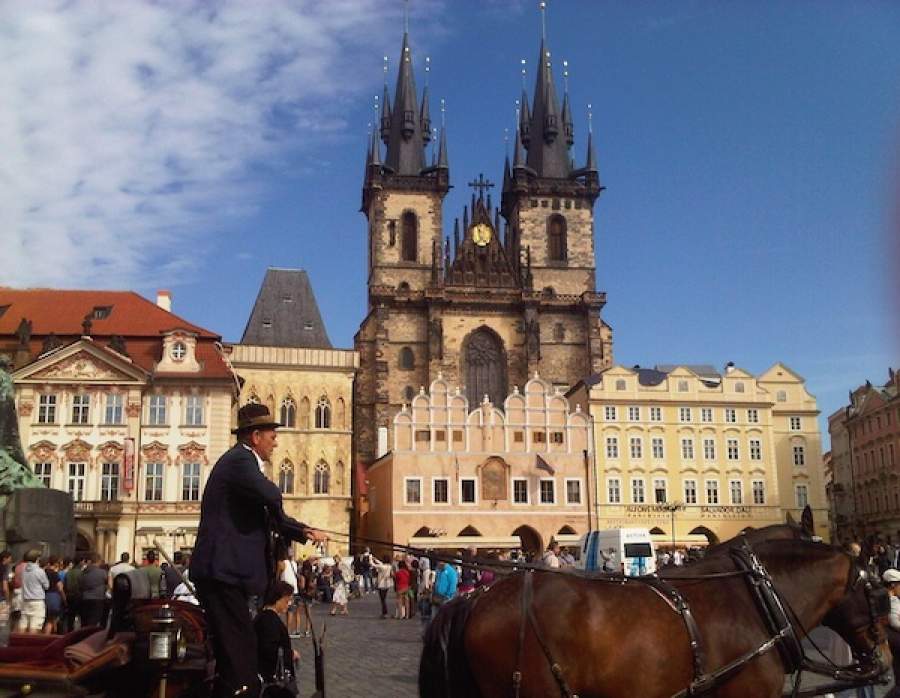 My Prague adventure has finally begun. I’ve just gotten here but I already feel so at home.

The University of Economics has an amazing buddy program where I was matched with a local Czech student who has been extremely helpful. I was picked up at the airport, brought to my dormitory to get registered and have had help getting around the city and the university.

In general, the culture shock hasn’t been so bad for me. With the help of my buddy and other exchange students I’ve been getting a lot of help with the necessities and we always have one another to ask questions.

However, despite this aid, I found myself in a somewhat discomforting situation one night.

Me and some other students had gotten together to hang out before going to the welcome party for all the exchange students. We went on our way to the event and I decided I wanted to head home and ended up doing so by myself. I ended up on the wrong tram that took me in the completely wrong direction but I didn’t realize until it was the end of the line and I was required to get off. This was late at night after the regular busses ran so I was getting freaked out at this point.

I found some tram police and thankfully they spoke English. They didn’t understand where I was living but were able to look it up on their phones and tell me which tram to take to get there. God bless smart phones! I had my phone on me and was texting/calling my friends but my credit had run out and the battery eventually died so I was unable to get hold of anyone or do anything on it.

I had to get back on the same tram I was on and go forever back in the opposite direction. I was told to get off and take another bus which I had to wait 15 minutes for because like I said, it was night time and after regular bus hours.

I found myself waiting in front of an iron gate covering an alley way and it was pouring rain at this point. It was 2 am, I was alone and in a foreign country where the first language wasn’t the same as mine. I wasn’t able to text or call my friends and it was a very uneasy feeling. After more than two hours total on the tram I found my way home and my roommate was waiting up for me.

I was very fortunate to find English-speaking police with smart phones who were nice enough to help me. Always take someone with you, especially at night. This was a big mistake on my end and one I have definitely learned from. Keep your wits about you and remember that you’re in a foreign country and not everyone is going to be able to understand you or be willing to help.

Beth Saunders is a young Nova Scotian who studied Commerce at the Memorial University of Newfoundland. During a semester abroad at the University of Economics in Prague, Beth shares her overseas adventures with us.