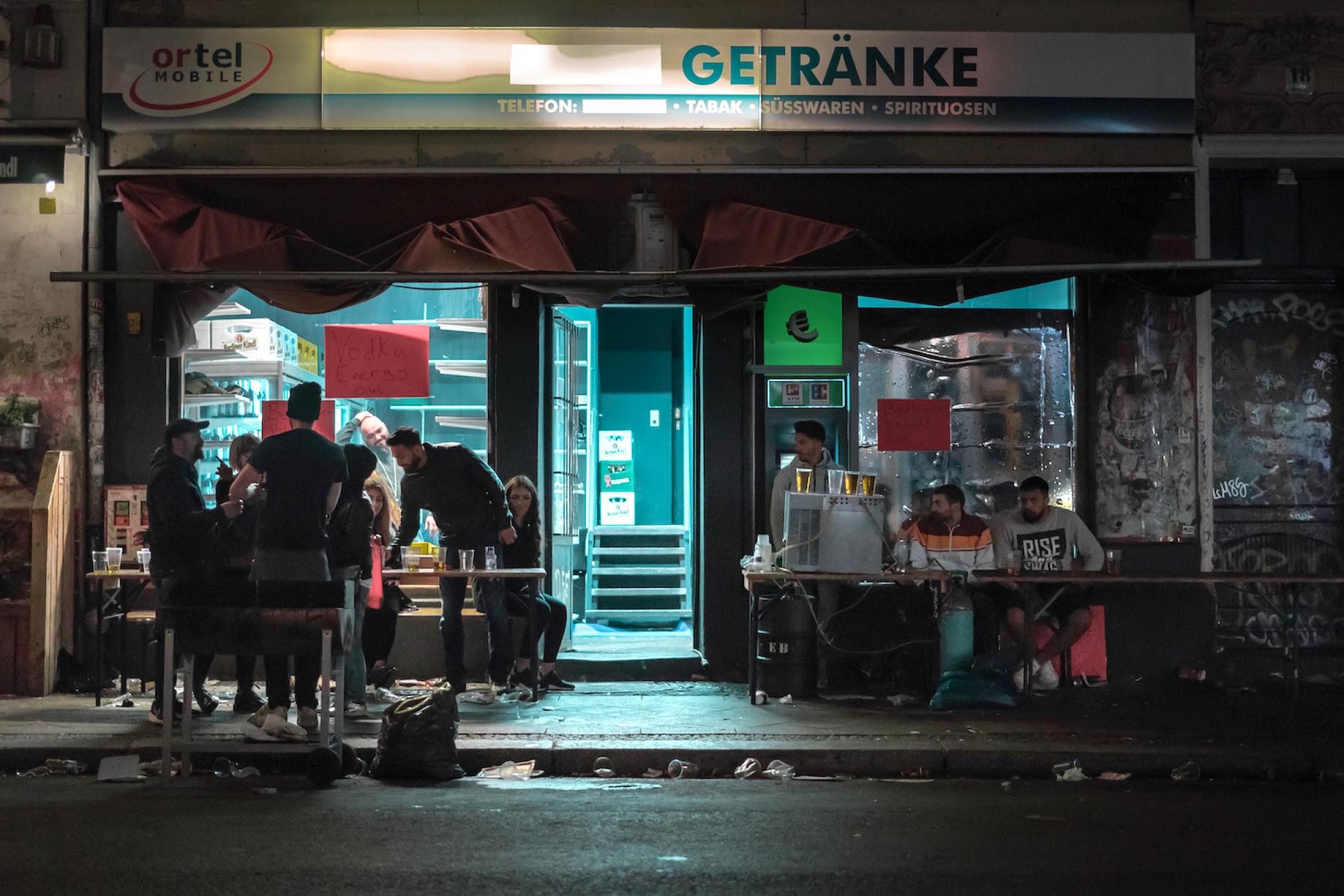 A guide to a typical night out in Germany's capital.

There I was on a Saturday night, standing on a busy Berlin sidewalk, in front of a cluttered convenience store with a set of wooden benches that looked like they’d been smuggled out of a high school gymnasium. Google Maps had led the way here, but this couldn’t be where I was supposed to meet my friend, could it? After all, we’d made plans to go out for drinks. And, so, I checked my phone again to confirm the address.

A few minutes later, my friend showed up and my introduction to the world of the Berlin späti began, drinking a 1.50€ Berliner Pilsner on one of those wooden benches. Within minutes, we’d struck up a conversation with our neighbours—a couple from Brazil in their mid-30s, a young American woman who was a freshly minted college graduate, and a guy from France she’d met on a walking tour earlier that day. Our motley crew of späti beer drinkers ended up spending hours on those benches, comparing travel stories and trading life philosophies.

It didn’t occur to me until weeks later, when a second friend suggested that we meet at a späti, that the forging of new friendships over cheap beers outside of the späti was, indeed, a quintessential Berlin experience.

What is a späti?

If you’ve been to Berlin, you’re likely already familiar with one of the city’s most well-known and beloved institutions: the späti. If you haven’t had a chance to visit the city yet, the incredible popularity of the spätkauf—or what Canadians will know best as the local convenience store at the corner—will come as a pleasant surprise.

The idea for the late-night shops originated in East Germany. To meet the needs of the many shift workers who couldn’t buy their groceries during regular store hours, the government-run grocery store HO and the cooperative-run Konsum opened a number of spätverkaufstellen (late-night outlets) and stores named "Früh & Spät" ("early & late"). The early version of today’s beloved späti was meant to be a symbol of how modern and progressive the state was—an example of how East German socialism was delivering “the modern way.”

The spätis draw in residents, expats and tourists alike. They are a meeting point where it is possible for all walks of life collide.

When the Berlin Wall came down in 1989, these little shops quickly exploded in both the East and the West. Today, there are over 900 spätis spread throughout Berlin. In fact, there is one directly downstairs from my current apartment, one across the street, and several more within a five-minute walk of my front door. These basic gems are everywhere, and many are open 24/7.

Most look alike. Fridges line nearly every wall, stocked full of alcoholic and other drinks. The shelves of the store overflow with everything from candy bars to condoms. Hidden among these goods, you can also find the regular household staples, like toilet paper and eggs, that are readily available in case of Sunday emergencies when the grocery and drug stores in Germany remain shuttered.

There are even spätis that are a little more specialized. One in the district of Neukölln, for instance, specializes in selling a wide selection of home improvement equipment. Another, in Friedrichshain, markets itself as a kultur-späti where you can introduce yourself to the work of lesser-known street artists or allegedly buy a Banksy original. In other spätis around the city, you can choose to attend lectures or wine tastings.

For the love of the späti

For many, the spätis are considered to be an essential Berlin institution. And, why shouldn’t they be? They’ve largely replaced the eckkneipe—the smoky corner pubs that were once a staple in the Berlin streetscape—as the neighbourhood meeting place. These corner stores are so beloved by local residents that Berliners have been fighting for years against the rule that stores must remain closed on Sundays in an effort to keep their local convenience shop open.

Spätis are also now included in travel guidebooks and entire books have been written about them. There’s street art dedicated to them and one travel blogger even penned an ode to the Berlin späti. If you visit Berlin, you can go on a späti crawl and join a bunch of strangers as you drink your way from shop to shop. And, since 2016, an annual summer festival dedicated to these local spots—a Spätival, it’s called—has taken place. As part of the festival, bands set up shop different spätis across the city to celebrate the unique culture of the Berliner Spätkauf.

Over the years, these little shops have become a vital part of life in Berlin. The spätis draw in residents, expats, and tourists alike. They are a meeting point where it is possible for all walks of life collide. Often, when you visit you can see locals sharing the familiar details of their lives with the regular shopkeeper. Most importantly, these rather unassuming spaces have become a contact point for people within the anonymity of a capital city. They open up spaces for strangers to learn about each other and, in some cases, forge a deeper connection and build lasting friendships.

And, perhaps, the possibility of doing just that is why during long summer evenings in Berlin, you can find many jovial faces—young and old, speaking a myriad of languages—perched on benches outside the local späti drinking beer as if it were a local pub. The bartender for the evening? Well, that’s the woman behind the counter. 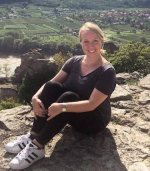 Canadian Caroline Cormier currently lives in Berlin, where you can find her digging through dusty documents in archives for her PhD, stretching out on a mat in a Pilates class, or enjoying a coffee at a local café or market.