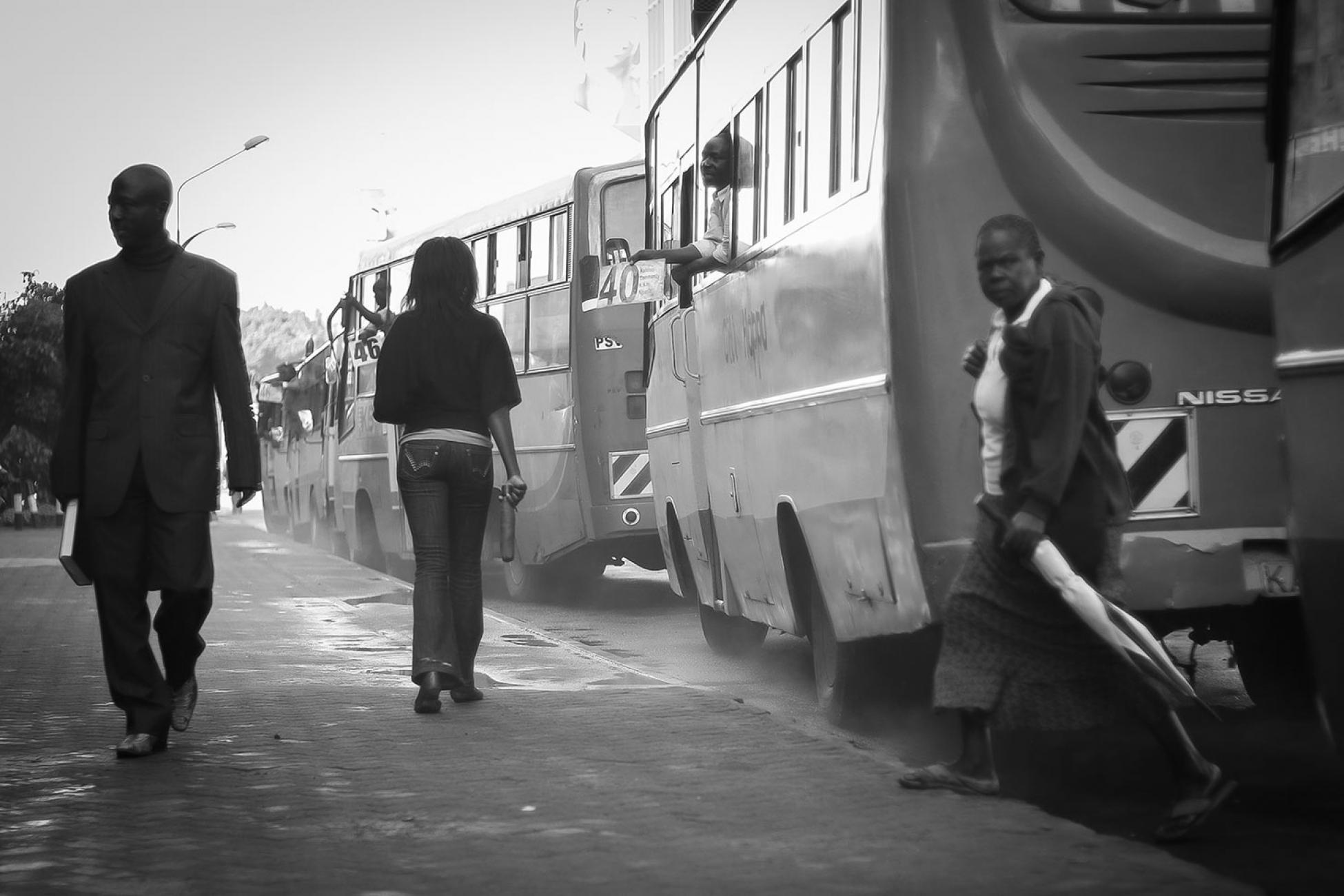 Matatus, boda bodas and a whole lot of crazy; dealing with local transport in Kenya.

Commuting in Nairobi is fast-paced, especially on public transit. Matatus are the local buses. Riding on matatus usually involves being crammed into a 12-seater van with up to 16 other people. It’s cramped, and hot— but a truly local experience.

Reggae, R&B and pop music blare out of speakers in the matatu to help you groove your way to work. You may feel like you’ve just stumbled into a club at two in the morning instead of making your way to a 9 a.m. meeting.

Depending on where you’re going, the price for a matatu fare can range from 10 to 80 cents—a much cheaper rate than a boda boda (motorcycle), taxi or private car.

You better wake up early

To get across town it could take up to four hours. Rule of thumb; leave home by 6 a.m. if you want to be in the city centre by 9 a.m.

To get across town for an 11:00 a.m. meeting, I needed to leave house by 7:30 a.m.. Traffic stands still on the way into the city in the morning, and the same jams back the streets up for commuters heading to their homes outside of the city.

Rush hour in the morning starts at 6:30 a.m. and finishes around lunchtime. While evening rush hour usually starts around 3:30 p.m. or 4 p.m. and ending at 7 p.m.

Schedules don’t really run on schedule. Be willing to wait until the matatu is mostly full at transit junctions for the ride to start. Other times, you will be hustled into the matatu as it continues on rolling to its next stop. Be flexible, you’ll only frustrate yourself if you stress.

Matatu stops can be difficult to spot as there are often no indicators like a bus shelter or sign. You can try and flag one down, they'll usually stop. To get off of the matatu, simply tell the conductor you want off, or bang on the roof or window.

The maze of routes is complicated for foreigners, but don’t fear matatus, as they connect most parts of the city. Matatus come from various neighborhoods and outlying areas of the city to one central stop in the centre of town. They generally all arrive and depart from the same central bus station at Afya Centre, a big green building downtown.

If you don’t know where you’re going, ask. There are always kind people willing to help you out when you’re in desperate need.

Just today, I was lost. I got off the matatu headed in the completely opposite direction of my house. I had absolutely no idea where I was. After the panic set in, I knew the only thing to do was stay calm and ask for help.

I went up to a group of men sitting on the curb.

I explained where I needed to go. The men chatted quickly in Swahili while I waited.

Finally an older man said, “John will take you.”

John introduced himself to me with a firm handshake. First, we stopped in a car garage to use someone’s phone to pull up Google Maps. John wanted to be sure he knew the way. As 20 men crowed around the phone, the head mechanic with his oil-covered hands explained to John exactly how to get me back home.

After the directions were in John’s head, we were off. We quickly hopped into a matatu headed for home. John paid my fare and refused any sort of compensation for his troubles.

He walked me right to my door, gave me his business card and jetted back to the corner where my directionally challenged nightmare had begun.

Carry the smallest denominations of currency that you can. Ask for the price of the ride before you get on. Tell them your destination if you know it. Usually matatu rides range from 10 Kenyan Shillings (10-15 cents) to about 70 Kenyan Shillings (70-80 cents).

The prices will change depending on the time of day that you ride, and where your final destination is. It will be more expensive during the morning and evening rush hour. Ask other passengers what they’re paying, and what you should be paying.

You don’t have to pass your money to the driver like on buses in North America. Simply ask the conductor where the matatu is going, and if they go to your destination. If the answer is yes, hop on and wait for the conductor (usually a guy hanging out of the van's door corralling passengers on board) to ask for the fare.

If you give the conductor the exact change for the ride you will avoid the ever-present problem of conductors either “not having enough change,” or blatantly not giving you change back at all.

Make sure you get your change back! I cannot say this enough.

Like anywhere in Nairobi, be aware of your surroundings. Know that robberies and theft do happen. To avoid pickpockets, keep your purse or backpack on your lap. Although this may seem a little bit paranoid for the seasoned traveler, it will help you avoid going through the hassle of losing your phone or wallet.

Local transport is not something to fear. However, lots of locals drive cars now, and there is a stigma around matatus and boda bodas and safety is a real concern. Matatus and boda bodas speed around and do sometimes drive recklessly. If you feel truly unsafe, you can get off and grab another.

With that being said, I’ve been riding local transport in many countries across East Africa and while there is an element of risk in every mode of transport, use your judgment and you’ll be fine. 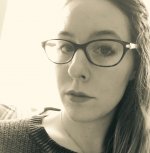 Evelyn Harford is a Canadian journalist completing her Master of Journalism at Carleton University. She will spend her summer completing a documentary on female urban farmers in Nairobi, Kenya. Her travels will then take her through Tanzania, Malawi, Zambia and Mozambique.