Faceplanting My Way Into an Overseas Emergency Room 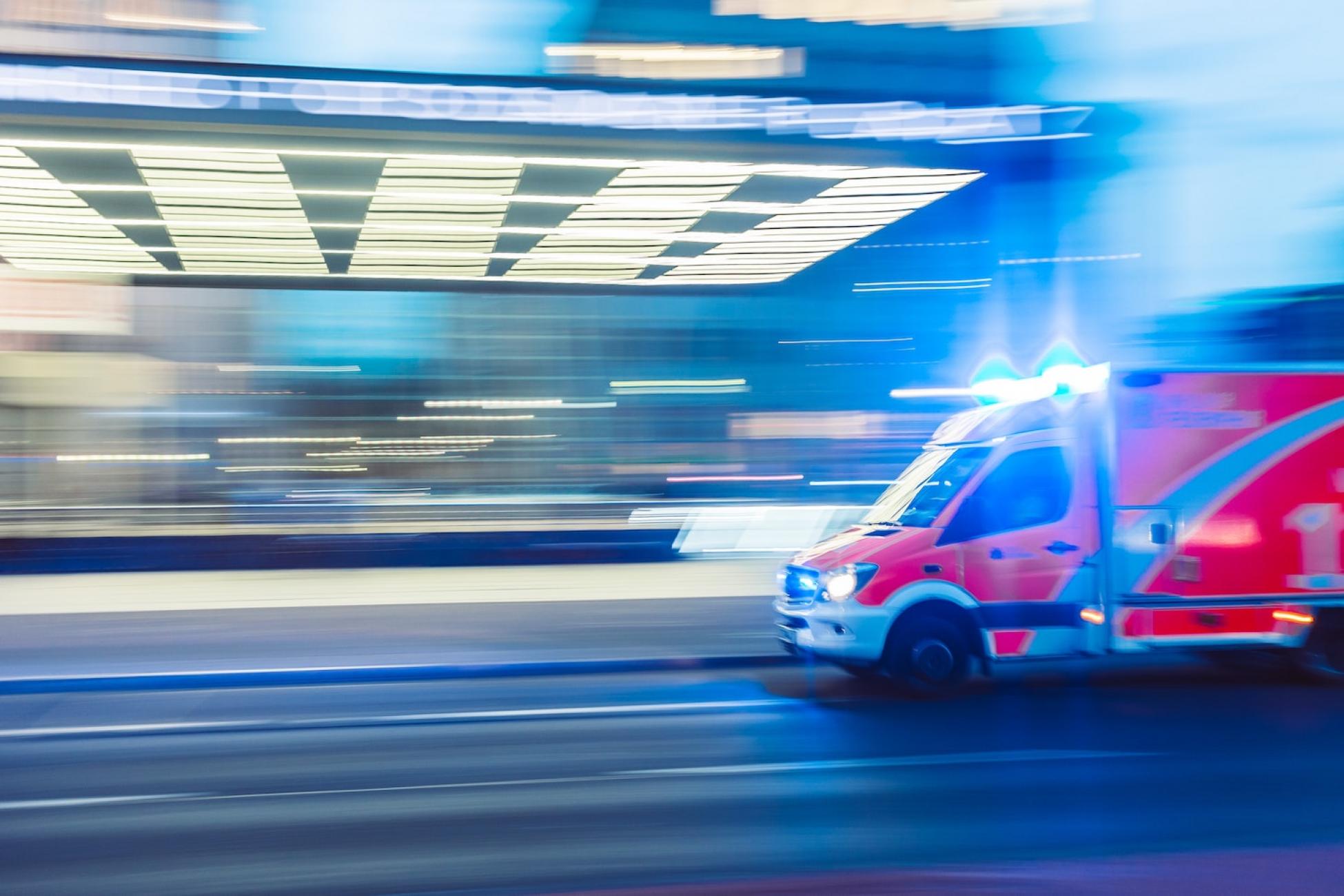 Unsplash.com CC BY 0
By  Mark Dickinson

The downfalls (literally) of being a 54-year-old backpacker.

Having backpacked through 70 countries over three decades, I take pride in handling travel adversity, but now I found myself lying helplessly in the middle of a Bolivian market—alone, injured, and incoherent—after passing out and landing face-first on the pavement.

If that wasn’t bad enough, I was in La Paz, a metropolis known for crimes targeting tourists: pickpockets, muggers, and even “express kidnappings,” where abductors force victims to withdraw money from ATMs to earn freedom. This unconscious tourist was carrying two credit cards, a passport, and more than $200 in cash, making for easy pickin's.

As I slowly reconnected with reality, I noticed out of the corner of my eye a handful of people approaching warily. I hoped for the best but feared the worst.

As a teacher, I spend summers crisscrossing the globe.

On this trip in 2019, I wound through Uruguay, Argentina, and was nearing the end of the six-week journey in Bolivia. Backpacking can be challenging enough as a 24-year-old—wandering off the beaten track; seemingly endless, multi-hour bus rides; and waking up every other morning in a new city—but even more difficult as a 54-year-old. Still, it’s the best way to truly experience a culture.

The day before my face plant I endured a 12-hour, overnight bus, leaving me in La Paz exhausted and dehydrated. During the sleepless ride, I purposely avoided food or drink because while many Bolivian buses are equipped with toilets, they’re often locked or broken. On this particular bus, after an hour or two it was clogged and overflowing into the aisle. The driver wasn’t stopping for breaks, and I wasn’t willing to tread through the foul muck to relieve myself. I’d made the right decision to abstain from food.

Even before getting off the bus, I felt the effects of La Paz’s nearly 12,000-foot altitude, causing problems such as nausea, fatigue, breathlessness and headaches. After checking into a hotel, I didn’t want to take any chances. I hydrated, ate a light breakfast and went to sleep. My mom would have been proud.

A few hours later, I walked to the nearby Lanza Market, a four-story structure featuring stalls with clothing, produce, meat and hole-in-the wall restaurants. I ordered lunch, but my queasy stomach wouldn’t cooperate. I paid, took a few steps outside, and then. . .

I have no memory of what happened next, other than waking up on the pavement.

Passing out or fainting is called “syncope.”

For any number of reasons, blood flow to the brain is temporarily reduced, meaning the brain isn’t getting enough oxygen, and the body shuts down. If the person happens to be standing, it’s like a tree crashing down in the woods. Wherever it goes, it goes.

Witnesses said I remained out cold for several minutes. From hazy recollections, someone lifted me to my feet and guided me over to a table, where customers say I sat for a while mumbling incoherently. A friendly, American countryman dining nearby offered up some advice.

It certainly made sense, but I was preoccupied with a more pressing matter—my mouth. The impact of the fall chipped one of my front teeth and left another hanging by a thread, dangling against my tongue. I convinced myself Houdini the dentist would be able to glue it back into place, even though deep down I knew better. One fall had undone years of orthodontia.

“Can you get me to a dentist?” I pleaded.

The New Yorker pointed out it was unlikely on a Saturday afternoon.

“You really need to see a doctor,” he reiterated.

By this time, I’d regained some clarity, so the American assisted me back to my hotel. He wished me luck, and the manager took over, knowing—by the sight of my swaying tooth, bloody lips and knot on my head—my next stop to a hospital was via ambulance.

As a veteran traveller, I lived under the illusion that even with a medical dilemma I would be able to clearly formulate the perfect plan, but at this juncture, I probably couldn’t have spelled my name. Was I carrying a list of emergency contacts? No. Had I done prior research on the locations of the best doctors and hospitals? No. My only option was trusting the manager’s judgement. I was at the mercy of Enrique, an ex-tour guide who had recently switched to hotel management to earn more for his family.

“You are a lucky man, my friend,” said Enrique. Well, not too lucky, or I wouldn’t have passed out on my face.

“Did they take all your money while you were on the ground?” he asked hesitatingly. Overly cautious tourists aren’t the only ones aware of La Paz’s unsavoury, criminal reputation.

I reached into my winter jacket nervously, probing the money belt fastened around my waist. Feels full. Zipper intact. . .and there’s my passport. Good Samaritans had prevailed over the crooks.

“You are a lucky man, my friend,” said Enrique.

Well, not too lucky, or I wouldn’t have passed out on my face. Still, I was grateful to have dodged nightmarish errands to the U.S. Embassy and Western Union.

While we were talking, an ambulance driver arrived. Although I speak passable Spanish, his English was flawless. His first words were an apology.

“I’m sorry about the ambulance,” he said. “Well, it’s not really an ambulance.”

Instead, I climbed into the front seat of a passenger van, minus any siren. I didn’t mind, as long as it was headed to the hospital. The driver assured me I would be well taken care of at our destination. I had doubts.

We pulled up to a small, two-story private hospital, where a nurse immediately helped me into a wheelchair and rolled me towards the emergency room. Based on my first-world preconceived notions, I envisioned filthy floors, antiquated equipment, and inadequately trained staff. Instead, I encountered a setting reminiscent of something back in the United States, albeit with less bells and whistles.

The doctor, a young intern who earned his undergraduate degree in the U.S., informed me I’d have to stay overnight for observation because my blood pressure had skyrocketed and because of the blow to my head.

“What about my tooth?” I asked. He told me it would have to wait until another day.

I drifted off to sleep, feeling more optimistic about my prospects.

The next morning the tooth matter resolved itself.

As I rolled out of bed to use the bathroom, I felt the unamenable incisor break free. Even Houdini couldn’t save me now, although the doctor said I’d still need to visit a dentist to stitch up the wound where my tooth had initially been dislodged.

That meant a Sunday trip for an X-ray. No, not a visit to the dentist, whose office was closed and lacked an X-ray machine, but to a separate facility specializing in X-rays, and how would I get there?

A nurse removed my IV and told me to put on pants over my hospital gown, while she wrapped me in a blanket. Then, she wheeled me to the curb, where a taxi was waiting. I got into the front seat, and the nurse and doctor in the back. I’d never travelled to an appointment before with a posse of medical professionals, who came along to eliminate any language barriers and ensure I received the best care. I chuckled, thinking of the chances of such an occurrence happening in the United States and wondering how much the perk was going to cost.

The next day, the dentist stitched up my mouth, and the day after that I was ready to be discharged. The doctors couldn’t determine what caused my loss of consciousness, but they suspected it might have been a combination of fatigue, dehydration and altitude, or a heart condition. Either way, they ordered me to return, at once, to the United States for additional treatment. Back in the U.S., an extensive battery of tests revealed nothing, leading the doctor to conclude—you guessed it—that I passed out due to a combination of fatigue, dehydration and altitude.

Before leaving the Bolivian hospital, one detail remained: The bill.

Over the last three days, I’d been monitored by two doctors, had a consultation with a cardiologist, undergone a myriad of tests, been hooked up almost non-stop to IVs and oxygen, received pain medicine and anesthesia, been shuttled to two outside facilities for dental work, had my mouth stitched up, and a temporary prosthetic inserted in the hole where I lost my tooth. The total cost was USD$1,300. Eventually, travel insurance covered a lot of the expense, as well as the early flight home, a reminder that a credit card and a comprehensive policy are essential.

It's no secret billions of people worldwide lack access to even basic healthcare. My experience might have been a lot less positive in another country or even another city, especially if I didn’t possess the financial means to visit a private facility; however, in La Paz, despite my initial fears, I received excellent medical care from English-speaking doctors at a quite reasonable price.

Other than being better prepared for future emergencies and not underestimating foreign healthcare, what did I learn? Sometimes we need to set aside skepticism and stereotypes and just trust in the goodness of humanity, at least when it comes to hotel managers.

Albert Einstein once said, “The most important decision we make is whether we believe we live in a friendly or hostile universe.” Those words have given me the courage to backpack to iffy locales others fear, but the blow to my head must have made me temporarily lose sight of Einstein’s wisdom.

I also learned that 54-year-old backpackers might need to slow down a step or two occasionally and consider drinking more water, even on overnight buses. 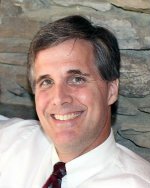