The Realities of Managing a Chronic Health Condition Abroad 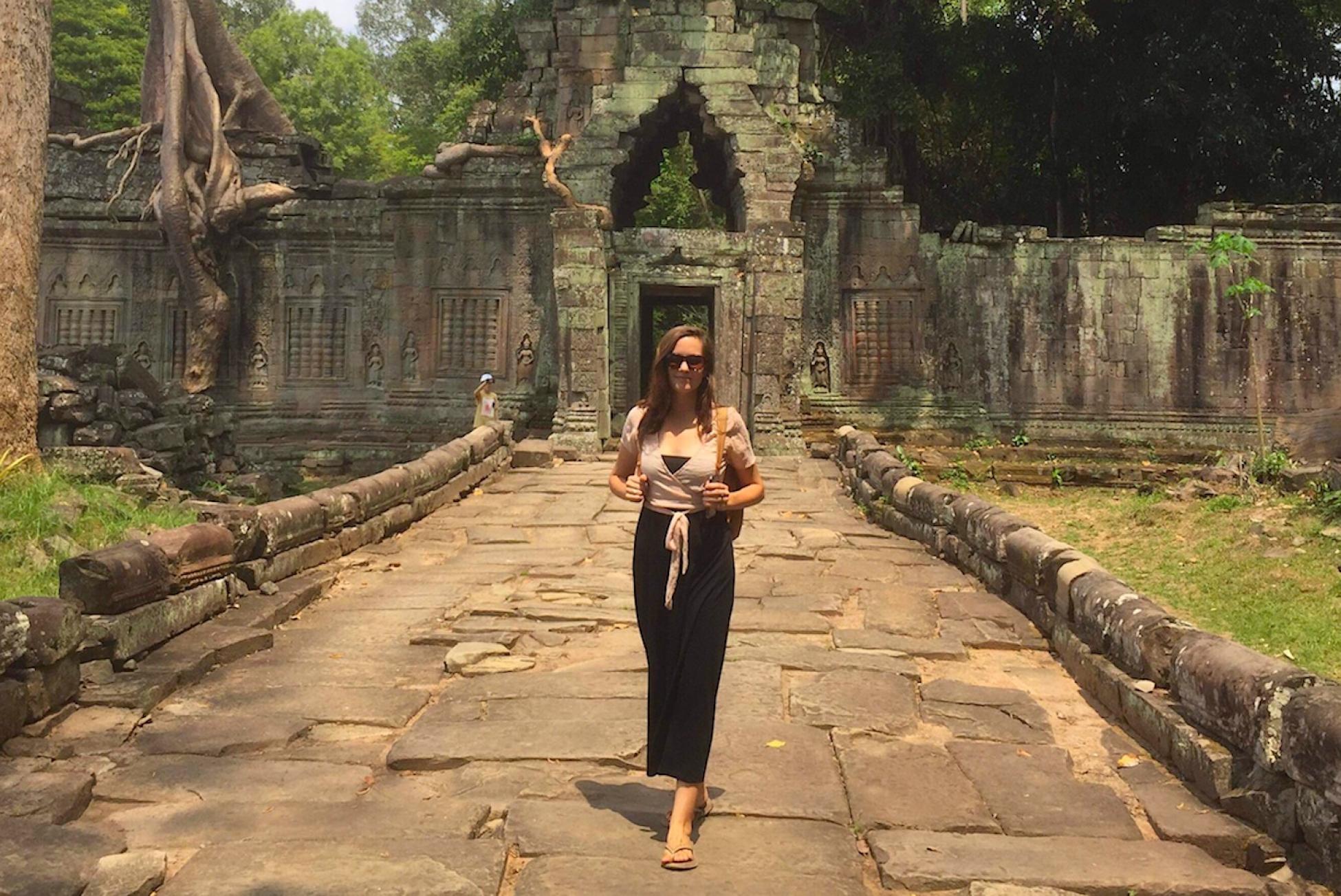 I was born with cystic fibrosis. Here's what that means for travel.

A few months back, after a particularly hard day of work as an elementary school teacher in a Cambodian school, I called my friend who was a tuk tuk driver, and told him to take me somewhere beautiful.

We drove on dirt roads through electric green rice paddies to a collection of huts on the edge of a flooded field. It was rainy season, and a double rainbow was clearly visible against the backdrop of storm clouds and a messy pink sunset.

When I saw some locals jump into the flooded rice paddy for a swim, I went to join them and soak up the serenity of the evening. Had I known that decision would cause an E.coli infection in my sinuses—followed by doctor visits, trips to Bangkok, courses of IV antibiotics, and ultimately result in a flight back to the US for surgery—I would have gotten back into the tuk tuk and sped far away.

I was born with cystic fibrosis.

Cystic fibrosis is a progressive genetic disease that affects a protein in the body related to moving salt in cells. This results in extremely salty sweat and the thickening of mucus in the body, which causes severe issues in the lungs, sinuses and other organs. These issues can come in the form of chronic infections that progress to the point of being unable to complete simple daily tasks, along with the feeling that you are choking for air and that your body no longer wants you to live. Many people with this chronic illness spend their short lives in and out of the hospital, with multiple treatments and medicines administered each day just to keep them breathing.

I am lucky enough to have an extremely mild mutation. Over the 18 years since my diagnosis, I have mostly experienced only issues with my sinuses. I have had the good fortune of living without daily treatments and visiting my specialist only once per year, so my illness has rarely factored into my decisions about travel. In all of my solo travels, I had travel insurance and back-up medications with me, but I seemed to be even healthier abroad than back at home. This was fortunate, as my pre-existing condition meant that any CF-related issues would not be covered by the travel insurance.

However, when I visited Cambodia to volunteer in a hostel and ended up moving there, that all changed.

One of the scariest aspects of living in Cambodia for someone with cystic fibrosis (besides the ubiquitous dust and tropical climate that breeds dangerous bacteria), is the lack of good quality healthcare.

Following my plunge in the rice paddy, I had the bacteria in my sinuses tested in an office set up in the back of the doctor’s house. I’d often enter the exam room to find him eating soup and rice on the floor. He’d then inspect my sinuses without washing his hands, jamming the equipment up my nose without the numbing spray that I’d become accustomed to in the US.

When I went for IV antibiotics at my local clinic twice a day, the friendly nurses would have to try several times to stick the needle in my hand, often running to grab someone else to give it a try when they were unsuccessful. My hands and arms were covered with bruises for weeks.

Experiencing a serious infection across the world from the support of my parents and doctors was terrifying.

Being unable to trust in medical professionals while I was experiencing a serious infection across the world from the support of my parents and doctors was terrifying. My family urged me to visit a well-respected hospital in Thailand for treatment, where I was recommended a $10,000 surgery my insurance wouldn’t cover due to my pre-existing condition. The insurance also wouldn’t cover the series of long flights back to my childhood home.

I returned to the US immediately once my parents had signed me up for health insurance. Luckily, I was working as a freelance copywriter at the time and could continue my work from the US, but being uprooted from my home so suddenly and changing climates as well as communities was jarring.

After a month in Massachusetts for surgery, I returned to my life in Siem Reap.

Doctors warned me that living in Cambodia was just about the worst thing I could do for my health. My parents, although concerned, knew that there was no stopping me from going back to the place I was happiest. It was a trial run, I told them: If I got sick again, I would make plans to move, which I ultimately did.

Back in Cambodia, my lifestyle changed dramatically. I began daily nebulized breathing treatments, wore a mask the second I stepped outside the threshold of my home, and took on the challenge of avoiding secondhand smoke, although all of my friends in Cambodia were smokers. I received comments on my heavy duty mask from travellers, to the tune of “Is that a gas mask?” or “Are you training for a marathon or something?” I was forced to explain my chronic illness to strangers, whereas before it had been privileged information. I hated feeling “sick;” hated being constantly reminded that the environment I was living in was slowly killing me.

One of the difficulties of living abroad with a chronic illness is knowing when to sacrifice taking care of yourself in order to have a new experience, and when to play it safe. If I had chosen to forgo that rice paddy swim, I would have avoided the dreaded return to my native country. Perhaps that experience was meant as a warning to take better care of myself. I eventually learned that living in Cambodia was too great a risk to my health—even though being healthy meant moving away from the place and people I loved.

For those who suffer from chronic illness, I urge you to figure out where the line is for yourself. Test out living in a new place, but know when to throw in the towel. After all, happiness is hard to come by without health.

The most difficult part of this whole experience has been the psychological side of it. There is so much freedom in travel and living abroad; accepting my chronic illness and the limits it places on my life felt like losing that freedom.

From now on, I choose to see my new lifestyle as earning and taking care of my freedom, and doing what I have to do to ensure that there will be many more adventures ahead.

Alexandra (known by friends as Zanny) Merullo is a 22-year-old former expat in Cambodia who now lives in the mountains of the US. She is a bartender, writer, and avid explorer looking for her next adventures.