The Changing Face of Study Abroad 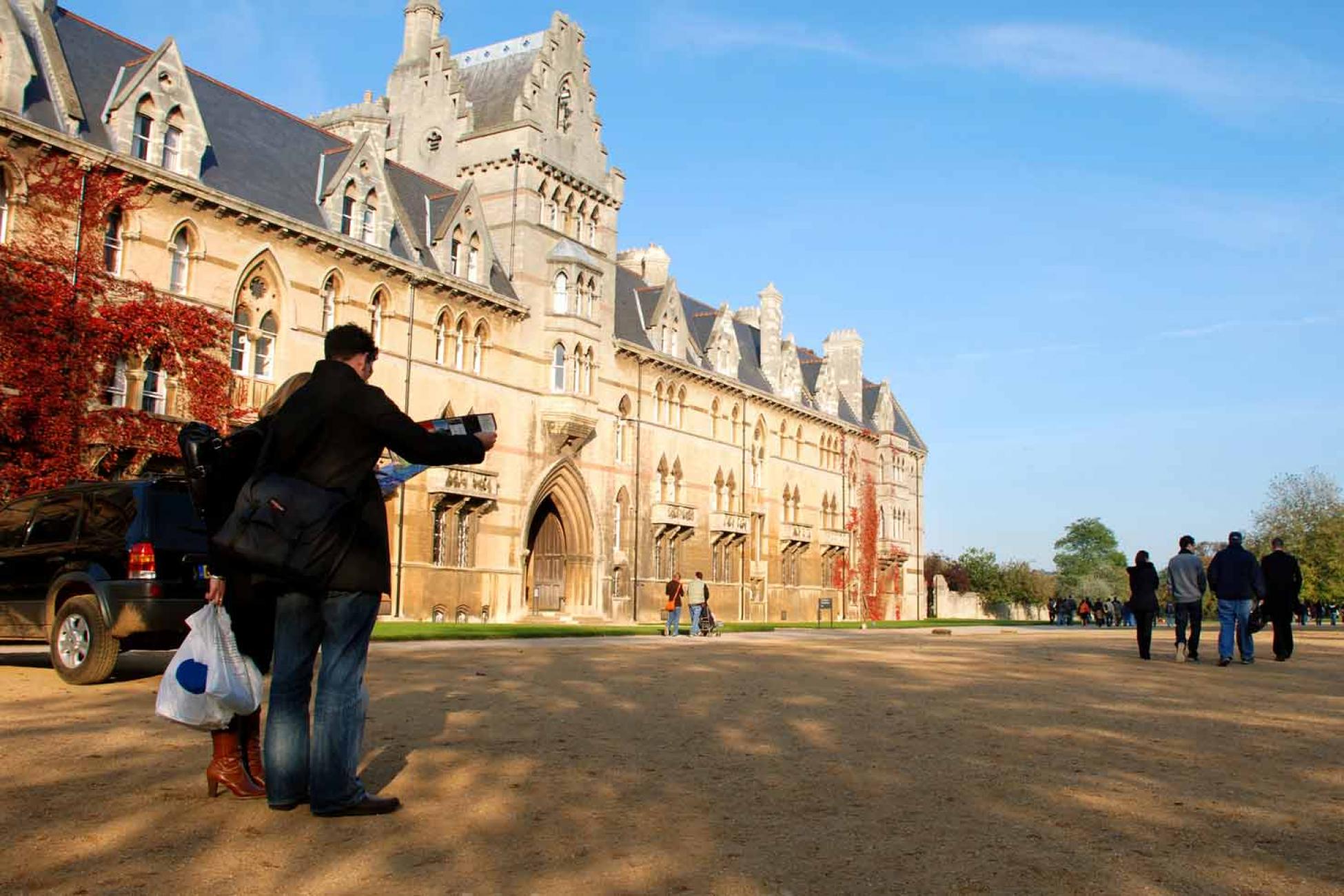 Employers, educators, government...nearly everyone acknowledges the benefits of studying abroad.

So what's being done about it?

We used to live in a world where you might know a guy who spent a semester studying abroad in London, Paris or some other European city. It was a world where, if you were a post-secondary student in Canada or the United States, you probably didn’t give much more than a passing thought to spending a few weeks, a semester, or your whole degree in another country. It was possible, sure, but it just wasn’t that commonplace, and it certainly wasn’t a necessary part of your education.

Today, most, if not all, colleges and universities in Canada and the United States have entire offices dedicated to studying abroad. There are awareness campaigns, funding officers, annual progress reports and more options than ever before—from summer language courses in Latin America to year-long undergraduate exchanges in Southeast Asia. Even U.S. first lady Michelle Obama was heard touting its benefits during a China Study Abroad forum at Howard University in January of this year.

Indeed, according to a 2009 report by the Canadian Bureau for International Education (CBIE), 88 percent of the Canadian public agree that studying abroad is either a good idea or a very good idea; more than half of these people cite the importance of being knowledgeable of other cultures as the main reason for their support.

Besides the personal benefits of greater cultural awareness and the excitement of living in a foreign country, there is also a more concrete upside. According to the CBIE, 91 percent of employers recognize the benefits of study abroad for students, employers and society.

“We have an extraordinarily trade-bound economy,” says Jennifer Humphries, vice-president of membership and scholarships for CBIE. “It’s so important to the federal and provincial governments to have this group of students come back internationalized and then enter into our labour force with all of that knowledge, which will enable them to trade with the world, partner with the world.”

If you consider how the field of study abroad really began—with hoity-toity aristocrats taking the grand tour of Europe as a men-only rite of passage—we have definitely come a long way. So as awareness increases and studying abroad becomes more accepted, more and more students must be taking their education on the road, right?

Oddly enough, from the perspective of universities and colleges, the participation numbers are still relatively low. According to a 2009 report by the Canadian Bureau for International Education (CBIE), only 2 to 3 percent of Canadian post-secondary students spend time studying outside the country. This is very low compared to other G8 nations, which, according to the CBIE, report rates between 18 and 38 percent. In the United States, it’s even less, at around 2 percent.

These estimates, however, only measure student participation in post-secondary affiliated programmes that involve academic credit—mainly exchanges. Service learning programmes, direct enrolment of students in degrees abroad, and even short-term programmes organized through universities and colleges are all excluded. Taking these kinds of opportunities into account, participation rates may be closer to 15 percent or more in Canada. In the U.S., the rate increases from 2 percent to 9.4 percent including short-term programmes.

If you add the fact that interest from students wanting to spend at least a part of their post-secondary education abroad is much higher than the rates of participation (85 percent), this suggests that students are looking outside the traditional academic channels to internationalize their educations.

“If we are able to embed service-learning and/or internship opportunities concurrent or consecutive to study abroad programmes,” she says, “we will undoubtedly see increases in the numbers and types of students going abroad during their degrees.”

One factor that may be supporting the move from traditional study abroad opportunities to service-learning, internships and the like is a familiar one for the field: funding.

In many cases, opportunities to study abroad are simply financially unfeasible and support is limited. In other cases, students are held back by the fear that it will be too expensive even though that’s not always the case.

“I think it’s more of a perceived feeling of financial limitations, though, obviously for some students, it actually is. But the creative student will find money to do the things they want to do,” says Beth Alaksa, the coordinator of international mobility programmes at York University. She explains that most students are encouraged by any amount of funding, whether it’s an $800 bursary or a $3,000 scholarship.

The funding issue is a major reason why exchanges continue to be a relatively popular mode of internationalization at Canadian universities, even as independent experiences like service learning, internships and language courses increase in popularity. When a university partners with an overseas institution, they can exchange students (and their tuition) without incurring the extra costs that may deter potential participants.

Even so, other considerations, like cost of living and flights, can tip the scale from possible to impossible. That’s where support from institutions and governments becomes necessary.

If international opportunities and student mobility are a priority for the provinces and Canada, we need much more funding invested to support students going abroad, along with revisions to the loans systems, which are quite restrictive for students who do study abroad,” says Jennings. “The loan policies need to be updated to recognize that other education systems do not follow the same academic calendars, holiday periods, accreditation systems and the like as those in Canada.”

And there are other ways to help. Humphries suggests that airlines—especially our national airline—step up to help students lower the costs of transportation through travel grants or discounts. Most importantly, though, she argues that students themselves need to speak up and demand support.

“We need to have students coming forward and saying, ‘We need study abroad on this campus,’” she says. “They need to ask for it, clamour for it. Because if they don’t ask, obviously it’s not going to happen.”

But it’s not all just about funding. At the same time, Rowena Selby, the education abroad advisor for the International Centre at Queen’s University, expresses a concern that some students who do go abroad may not be returning as culturally competent as expected. In fact, U.S. studies have found that short-term programmes, in particular, can be associated with less significant learning outcomes, though not always. It’s a problem that plagues both traditional and non-traditional study abroad programmes.

“We have a lot of people who come back [from studying abroad] and say, ‘I travelled to 20 countries in 20 days, and I did this country and this country, and therefore I know the countries and I’m culturally competent,’” she says. “We’re increasingly looking at that and wondering how much people really do get out of their experience if the experience has not been directed in some way.”

Within the academic setting, significant efforts are made to ensure the international experience delivers on the students’ and the institutions’ expectations. Suggestions for making sure study abroad excursions are directed towards increased cultural competency, explains Selby, include solid pre-departure orientations, increased connectivity with students while abroad, and re-entry procedures to help students understand their experience and integrate it with the rest of their education and future career.

At Queen’s, for example, a new online pre-departure orientation has been developed that will help students to think about the differences between the cultures in Canada and their host country. They also offer an intercultural studies certificate that students can take prior to going overseas.

Meanwhile, safety remains a major concern for institutions and other study abroad organizations, as well as for parents and students. In the 2009 CBIE report, 16 percent of those who said they believe studying abroad is a poor idea pointed to security concerns as the basis for their opinion.

Citing some of the natural disasters that occurred this past year—from a massive earthquake in Japan to a cyclone in Australia—Chad DuMond of GlobaLinks Learning Abroad says policies and procedures need to be adjusted to ensure that students can receive the support they need during a crisis or, if necessary, be removed entirely. He explains that things like having full-time, on-the-ground staff or partnering with local institutions with full-time staff can make a big difference, especially for getting immediate and accurate information during a crisis.

“A lot of times what happens is you have something like what happened in Japan recently and everyone thinks that the entire country is unsafe, which was absolutely not true,” he says. “The knee-jerk response is to just remove all students from the entire country, which, in this situation, wasn’t a required response. It really comes down to getting the right information at the right time so you can make the right decisions.”

Across the board, study abroad experts and advisors recommend that whether the obstacle is funding, transferring credits, safety or something else entirely, the best thing to do is to sit down with someone from the university or organization you're interested in and get as much information as possible. At the same time, reaching out to students and making sure they know what’s out there and how they can take advantage of these opportunities will be an important next step for the field—and a worthwhile one.

“Every student that comes back says that they do not regret doing it—even if they don’t get all the credits they want or if something significant happens that’s negative,” says Alaksa. “I don’t think there are many things in life you can say that about.”

What are your predictions or hopes for study abroad over the next 10 years?

Jennifer Humphries: I would like to see 15 percent of Canadian students registered at Canadian universities and colleges going abroad in any given year, whether it’s for a semester, a four-to-six-week service learning or field excursion, or whatever it may be. To reach that target, we need to multiply the number of students participating in these programs by five at the university level and by 15 at the college level. I would like to see much more impetus from the senior folks at universities and colleges in terms of supporting those programmes.

Kate Jennings: I believe we’ll be seeing—in Canada, in particular—more partnerships involving one term of study followed by one term of internship, service learning or concurrent opportunities. If we are able to embed service learning and/or internship opportunities concurrent or consecutive to study abroad programmes, we will undoubtedly see increases in the numbers and types of students going abroad during their degrees.

Beth Alaksa: I think there will be more degrees with an international opportunity embedded in them. York University now offers international degrees: students graduate with a degree that itemizes right on it that it’s international.

Rowena Selby: I think flying will become costlier and we’re going to have to start looking at these things more seriously. There will be a need to look at creating international experiences for students that don’t necessarily involve them travelling internationally. Instead, they could involve connecting with international students here and getting involved with international projects through long-distance communications—any way that we can do it technologically because I think the environmental costs will simply be too high. I think the study abroad field and international education in general is up for serious challenges because of those environmental costs.