You are here: Home/ Articles/ Study Abroad/ Articles/ Getting a Shipboard Education

Getting a Shipboard Education 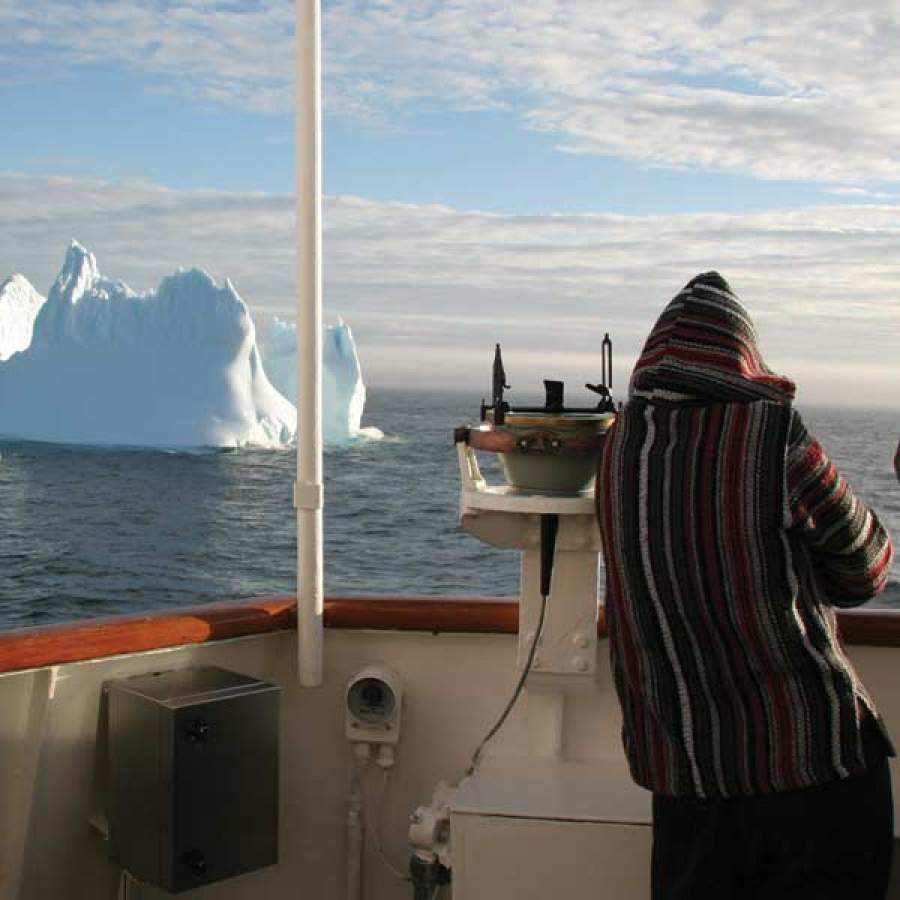 How to earn credits while sailing the open seas.

If you're tired of the same four walls of your current high school or university classroom, and you're itching to get out and see the world, then the idea of taking your education on the road might appeal to you. Better yet, why not take it onto the open seas...

Besides the sheer adventure of it all, a ship-based educational programme can offer perks that a conventional classroom can't. Some programmes tailor the curriculum to focus on the countries they visit; others train you in hands-on skills like navigation and seamanship. But the one thing they all have in common is that they help students gain real-world intercultural knowledge and understanding - skills that are in high demand in our global job market.

The idea of the floating classroom is not new: as long ago as 1877, a federally approved ship-based educational programme was set to leave out of New York City with 400 students. The masterminds behind the plan—two men from Indianapolis—hoped to make some cash and educational history at the same time. But the plan failed and the ship never left port. A number of similar attempts were made after this, but none was successful until 1926 when a psychology professor from New York University accompanied 500 students on a steamship to 35 countries around the world—including Italy, where the students were received by a young Benito Mussolini.

Almost a century later, the concept remains the same: to integrate intercultural and international components with classroom-based academics. But today these programmes have increased in both sheer number as well as their scope. Generally speaking, there are three types of programmes: academic based, a combined approach between academics and hands-on education like seamanship or navigation, and finally the experiential or adventure programmes that tend to be shorter in duration.

On the academic side, there are many programmes that allow you to earn university credit for your time on the water, and then transfer the credits to your home institution (always check with your school first as rules vary). Semester at Sea is one of the largest such programmes—their passenger ship can accommodate 700 participants - and is also one of the longest running programmes, having been in operation since 1963. This is a cushier on-ship experience than most: the ship is equipped with a swimming pool and a library, and stops in ports for about a week at a time. But that doesn't mean you won't work hard academically: courses are focused on global issues like the environment, population and economics and are taught within the framework of the countries visited on each voyage. All courses are accredited by the University of Virginia and they include a field component that students must complete.

"Waking up on the Indian or Pacific Ocean was unbelievable," says 25-year-old Liz Culotti, who participated in a Semester at Sea programme in her fourth year of university. "I got to learn about all of these countries, and then actually go there."

While Semester at Sea tends to have a largely North American student body, the Scholar Ship, as part of its mandate, has students from over 35 countries. It is also a relatively large ship-based programme, accommodating up to 400 students, and its undergraduate and graduate programmes run concurrently. The Scholar Ship is also academic in nature, but requires its students to participate in fieldwork—specifically academic field study, community service, shore excursions and independent travel. Scholar Ship's curriculum is geared toward international studies; undergraduates, for example, will take classes in both global issues and intercultural communication.

Passenger ships can certainly have their advantages in terms of size and comfort, but some students may be interested in an academic experience that also includes a hands-on component. Class Afloat, affiliated with Nova Scotia's Acadia University, is a ten-month programme where students work hand-in-hand with crew in running the ship; among other duties, each student takes part in both day and night watch.

Like academic ship-based programmes, Class Afloat's curriculum is tied to its land-based programmes. But compared to the programmes on passenger ships, Class Afloat is quite small. They have two tall ships with 40 students each (one ship for high school, one for gapyear and university students). This, according to Craig Kelley, director of development for Class Afloat, promotes a more intimate atmosphere. "Class Afloat is more about a small community and a family on board. Students learn as much from each other as they do in class," he explains.

Another hybrid academic-experiential programme is Sea Education Association, accredited by Boston University. Students spend six weeks doing coursework in Cape Cod where they design their own research projects, and then six weeks aboard a tall ship on the Atlantic, Caribbean or Pacific where they actually carry out their planned research project. "It gives students a serious grounding in scientific research," says dean of enrolment Glen Thomas. According to Thomas it's not just for science students; students from any background can fulfill their science credits through this voyage that has been in operation since 1971. Like Class Afloat's programme, with Sea Education Association, students participate in all of the ship duties, and gain more responsibilities as the voyage progresses.

Sea|mester, another hybrid programme, operates a pair of two-masted staysail schooners that can accommodate between 14 and 26 university students. Students participate in maintaining the ship - doing everything from cooking to navigating. While its courses are accredited by the Florida Keys Community College, many are practical in nature, like SCUBA and sailing certifications, seamanship, leadership and marine engineering. They also offer courses in oceanography and marine biology. Participants can choose between a Caribbean programme and one of the global programmes, with stops in Australia, the South Pacific, Asia, Europe, Africa or South America.

Adventure programmes, though often shorter in duration, usually have an educational component as well. Ottawa-based Students on Ice gives participants the opportunity to learn about the Polar Regions during two-week expeditions aboard an icebreaker ship, with a team of scientists and marine biologists. "The Poles are the greatest classrooms in the world because students can see the effects of climate change first-hand," says executive director Geoff Green. Students on Ice's programmes are accredited through the University of Alberta and the University of Ottawa.

Odyssey Expeditions also offers shorter adventure programmes (two to four weeks in the summer) that can be accredited. They offer sailing voyages to the British Virgin Islands and the Windward Islands; participants get the opportunity to learn to sail, scuba dive and learn marine biology. On certain voyages, students may also participate in projects such as wild dolphin population surveys, sea turtle rehabilitation, coral reef monitoring, and reef fish behavior studies. Expeditions take place on catamarans, with groups limited to 11 people.


So, you want to take a semester at sea

Do plan ahead if you're considering a high school or university voyage. Some programmes require you to apply up to a year in advance—and be prepared to submit a transcript and reference letters along with your application. Also, don't forget to check with your school before you pursue a course abroad to ensure that your credits transfer.

In terms of finances, many trips are pricey but you can often apply for financial assistance or scholarships through each programme. Remember that the cost of the flight to the departure point is often not included, and you may have to pay for any activities you do in port, so budget for a few extra costs. Seasickness is also a common problem on most voyages, but participants describe it as a rite of passage that usually goes away with time.

So, start thinking about which floating classroom is right for you. After all, a semester on the water can be a great opportunity to learn independence, leadership skills and explore new parts of the globe, as long as you're open to the experience - and aren't put off by a bit of seasickness.