You are here: Home/ Articles/ Budget Travel/ Getting Around by Bus

Getting Around by Bus 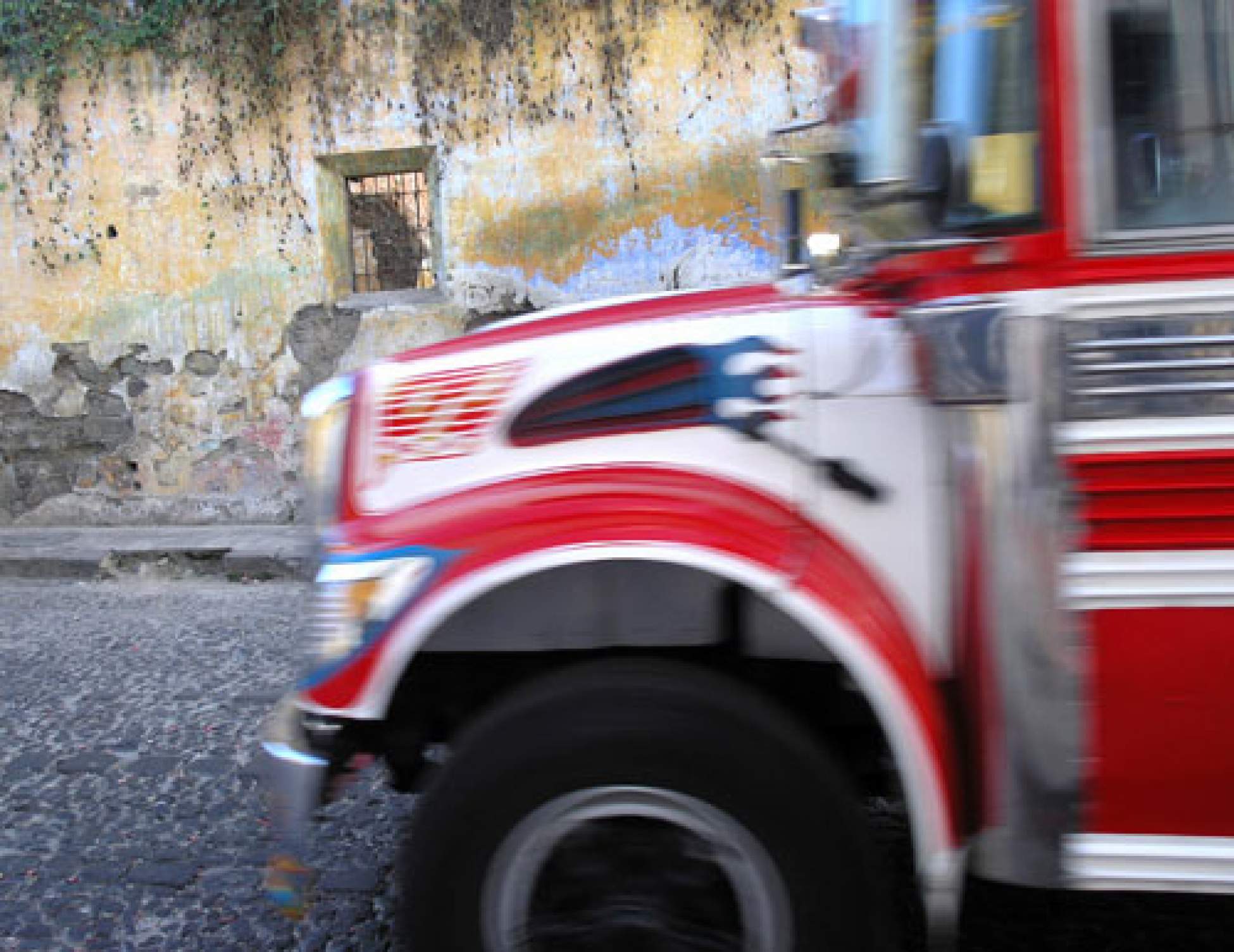 Buses aren't only an eco-friendly way to travel: When it comes to adventure, airplanes just don't compare.

"If you approach the driver, you must announce yourself," the Greyhound driver explains as we pull out of Omaha City, Nebraska. I'm almost at the halfway point of my trip from Detroit to San Francisco and the driver is halfway through her list of do's and don'ts. "If you have not announced yourself when you reach the second row of seats," she declares, "I will slam on the brakes, and you will hit the windshield."

15 minutes on a bus usually teaches you more about a country's social, political and economic conditions than three hours studying a guidebook.

I decide I have no burning questions for the driver, like whether bus passengers in the U.S. are really considered second-class citizens. Whatever the status that bus riding currently bestows, it's clear that buses will play an increasingly important role in our collective future, at least for continental travel. That's because, in the fight against global warming, the far lower greenhouse gas emissions of buses—about one fifth that of cars and one tenth that of jets—make these vehicles a wise choice. We may still be able to see the world, but without destroying the planet. Indeed there is really no reason, despite some of the drivers, to fear a future with more buses.

It's 9 p.m. and my bus backs punctually out of Gate 73 at Buenos Aires's main intercity bus station. The steward soon begins to serve drinks followed by a dinner that looks, smells and tastes home-cooked. My neighbour, Consuelo, and I have plenty of elbow room in our broad, plush, pre-assigned seats. The row of single seats across the aisle accounts for the extra space. Consuelo, a good-humoured grandmother on her way home, requests a second glass of wine. She says it helps her sleep, and to prove her point falls asleep after finishing dessert and fully reclining her seat. She doesn't re-awaken until the next morning at 6 a.m., in time for breakfast. Seventeen hours after our departure we arrive on the other side of the country in the Patagonia Lakes District with most passengers looking decidedly unrumpled.

There is, needless to say, a wide range in the level of bus comfort, from the civilized bus options of Argentina to the cramped incivility of the U.S. variety. And in almost all cases, buses tell you far more about the people of a place, and about the places where those people live than other modes of transport. In fact, 15 minutes on a bus usually teaches you more about a country's social, political and economic conditions than three hours studying a guide book.

Want to know how Mexico and its neighbour Guatemala compare economically? Take a bus across their border. Well, actually you have to leave your air-conditioned bus in the closest Mexican city, take a van to the border, walk across a bridge overlooking a river competing with rubbish, check in with border officials, ignore the shady fellows yelling "Change money?" stock up on a few tasty tamales, consider some colourful handicrafts, and arrange passage to the nearest Guatemalan town. Relax for a second. Now cram quickly into a minivan with room for eight, but 20 of you somehow fit in. Hang on as the van races, weaves and makes abrupt stops to pick up other passengers. No one complains. You arrive to see the bus—a converted California school bus—already waiting. You hope there is room for one more.

The agile attendant puts your pack on the roof and points you to a seat already occupied by two adults; you squeeze onto the end. You learn that in Guatemala there is always room for uno mas.

Airplanes can neither compete with the (normally) low emissions of buses nor with the adventure buses provide. Air travel has turned the awesome—the opportunity to journey across vast distances in foreign lands—into the mundane, a world of duty-free shops, stiff security personnel, sterile airports and the incessant drone of jet engines. Buses get you up close and personal with a place and its people. There is virtually no boundary for buses, except an ocean (which has buses on the other side). On the American continents, go anywhere from Yellowknife in the north to Ushuaia (with a little help from a ferry) on the southern tip of Argentina. It may take time, but time is the main ingredient of adventure.

I look around warily in New York's main bus terminal. "Don't show your money, and don't look anyone in the eye," one helpful stranger has warned me. I decide it's best to spend my extra cash when I buy a ticket. After the ticket price for Toronto is quoted, I hunch over and pull my cash from a money purse hidden under my shirt. I realize I don't have quite enough. I mention this quietly to the teller and try to hide the cash and get my credit card without being noticed, but it's too late. Several people in the next line have overheard the conversation and spotted my wad of cash. A woman leaves her place in line and approaches me.

"By how much are you short?" she offers with genuine concern. "I'm happy to help you out." I have to assure her that I can pay by credit card.

Like I said, there is nothing to fear in a future with more buses.