You are here: Home/ Articles/ Budget Travel/ Thumbs-up to Belgrade 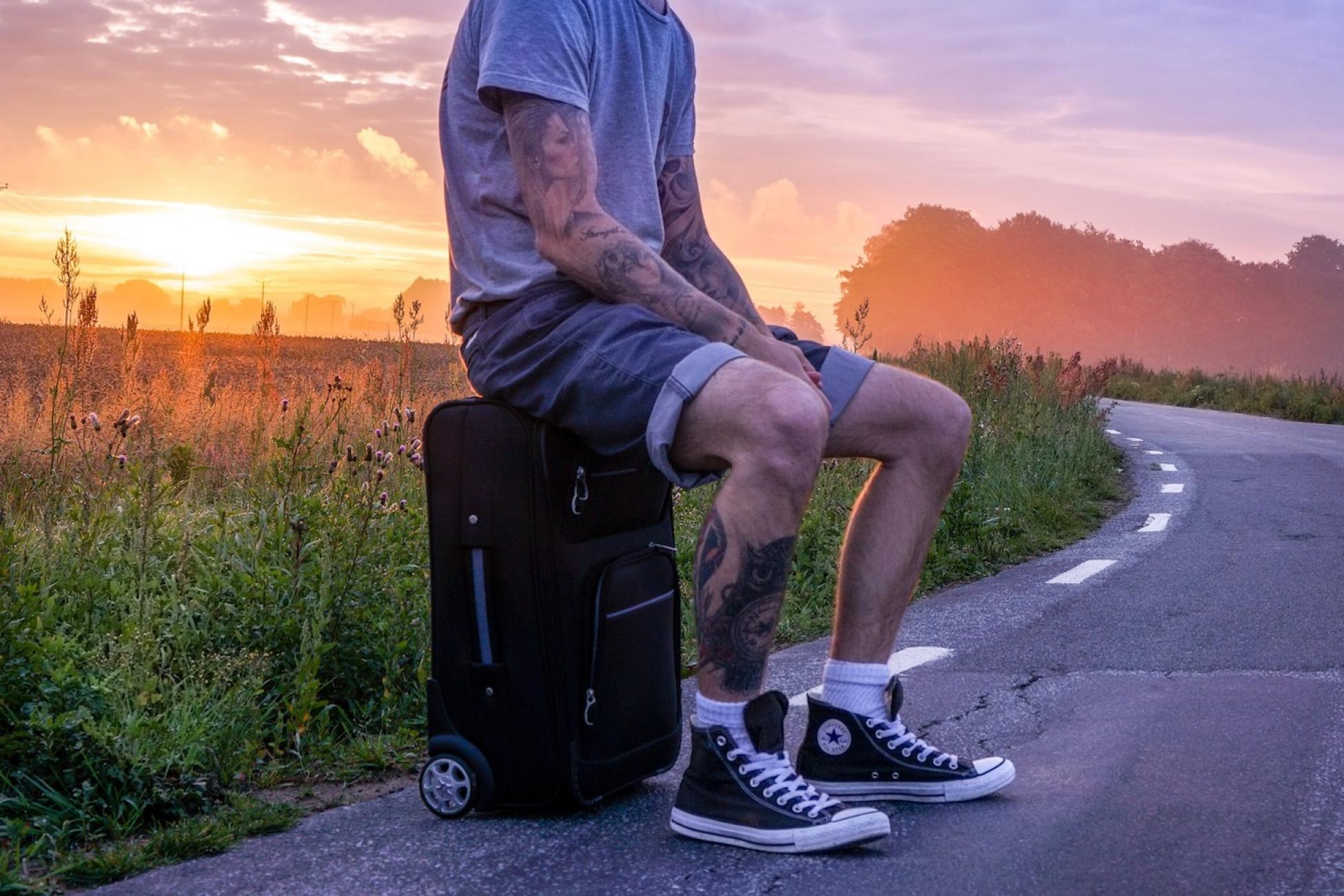 Pixabay.com CC BY 0
By  Nicholas Rao

A first-time hitchhiker learns the subtle art of thumbing to Serbia.

The sun pressed down in Timișoara, Romania and a small voice in my head began to taunt.

"Sure," it said, "have a field day. You’re in a strange city in a strange country and for the first time in your life you wanna hitchhike. What could go wrong?"

I swung my tattered bag to the other shoulder and reviewed my map.

My destination was somewhere in the south of the city, where the DN59 leads southwest from Romania to northern Serbia. I was Belgrade-bound.

I had consulted Hitchwiki, a website for hitchhikers worldwide to exchange tips, and determined that my best shot at a ride was from a place called "Calea Șagului." This, I soon realized, was not a precise spot with a wide, friendly sign reading "Hitchhikers Welcome," but a broad neighbourhood on the outskirts of the city.

I stopped to rest at a lamppost, wondering where to start. I was prepared for everything except the psychological hurdle of actually beginning to hitchhike. It felt strange, after such a deliberate walk, to stop all of a sudden and hold up a sign asking to be taken to another country—and one that, until recently, I couldn’t even find on a map.

Several days prior, I had arrived to Timișoara from northern France, where I worked as an English assistant. The French enjoy their vacations and I made ample use of my two-week breaks, flying Ryanair to exciting, unknown places.

While celebrating Christmas in Lithuania, I had met a young Australian who spoke enthusiastically of hitchhiking in the Balkans.

It felt strange to hold up a sign asking to be taken to another country, one that—until recently—I couldn’t even find on a map.

Growing up, I never thought much of hitchhiking, except as a quick way onto a serial killer’s CV. In the US, wide open spaces and longer distances between towns make it harder to break up a trip; any ride is a long ride, and any gamble a big one. As my Australian acquaintance recounted fun, memorable journeys, I became intrigued. I did some research and found, much to my surprise, that hitchhiking is viewed positively in many European countries. Plus, thanks to Hitchwiki and plenty of published hitchhiking accounts, I felt pretty well equipped with concrete advice.

The lamppost where I stopped to rest was just off the DN59, at a large commercial intersection. Plenty of Belgrade-bound cars would slow down here, maybe break for lunch—it was around 1 p.m.—so I decided to have a go.

Earlier that morning, I had bought a cardboard folder and a set of magic markers, and meticulously crafted a sign that read, in big letters "SRB" (for "Serbia"), with a thick arrow indicating that this was my destination. On the top right-hand corner I put American and French flags, and below, in smaller letters, "Will sing for a lift!"

I was holding high my sign, trying to pretend I did this sort of thing on a regular basis, when I was approached by a burly man with a gruff but friendly demeanour. He spoke very broken English, so I ventured into Italian. Between Italian, English, and gesticulation, we made some headway.

He shook his head. “Here, no.” I pulled up Google Maps and showed him my phone. He traced a route with his finger. South, about 20 minutes down the highway, were a bus stop and a taxi stand, where, he seemed confident, I would find a ride. I thanked him and headed down.

When I reached the bus stop, I was surprised to find a few people waiting, on the edge of the curb, with extended thumbs. Now and then, a car would pull into the bus lane and pick up a hitchhiker. There seemed to be a general understanding about destinations, so I imagined they were following the bus route. I raised my sign rather timidly, sensing competition. In fact, the pedestrians were quite friendly, some even volunteering a few tips. I welcomed the help, which chased any resting shreds of concern that I was doing something culturally unwelcome.

Catching a ride was another animal. There was a subtle art, I realized, to making the right kind of face at a motorist. I’m not inclined to think about my expression. But then, I had never been in a situation where my transportation depended on it. Eye contact was a surefire way to get attention, but the wrong kind of eye contact might easily scare off a driver.

I went for a broad smile and a distant, philosophical gaze, which I thought projected an unthreatening character. (In reality, I probably looked something like Hannibal Lecter.) Would people understand my motivations? Did I? My practical doubts were silent, for the moment, but another, deeper voice inside was posing questions—why do this, really?

A short, round fellow with a genial manner, who was waiting nearby for the bus, approached me about my sign. We chatted a bit (again in Italian); then the bus came. I could be on a bus, I thought, as I watched him get on, but where’s the fun in that? Here I depended entirely on my human capacity for communication. Beyond my comfort zone lay something different—linguistic challenges to overcome—and it felt right.

As the hours passed, I began to recognize responses from the motorists. Three signs, in particular, were recurring: a sideways shake of the finger (an unambiguous "no"); gestures left or right, with the pointer finger; and a gesture down, with the same.

The third, in particular, mystified me, since it appeared to be a kind of "no," but was usually accompanied by a sympathetic nod. After repeated Google searches, I cracked the code. A driver points left or right to indicate that he’s about to exit the highway. Pointing down means that he can’t pull up here.

Ruefully, I realized what many drivers had been trying to tell me—that they couldn’t (or wouldn’t) pull over by the bus stop. So I continued south, down the highway and beyond an overpass, in search of a better location.

By this point, I had waited four hours. I was close to the end of my allotted time and nearly ready for Plan B. I rested again at the far end of the overpass, in front of a gas station. Everything here had a sudden suburban feel. It could easily have been New Jersey.

The cars were coming faster now, but I had a long line of visibility, and there was plenty of room to pull over. As before, the passing drivers responded in all kinds of ways to my sign. Some smiled, others shrugged; a few scowled, some raised their eyebrows in surprise; a couple laughed. I couldn’t blame them.

And then, finally, a black car pulled up. I walked over to the window.

"Hello, do you speak English?"

The occupants were a young couple, early 30s maybe. The man turned out to be part Hungarian, and the woman Serbian.

He nodded. "Where are you going?"

He popped open the trunk, got out of the car, and we shook hands.

"You know, you’re the second American I’ve picked up here."

"No kidding," I said a quick prayer that the first was okay. But I wasn’t too surprised. The nutty idea was hardly my own, and, in the grand scheme of things, it wasn’t so nutty.

Still, I felt no small sense of accomplishment, as I shut the door and settled back in my seat, realizing (with mounting astonishment) that I was on my way to Belgrade.

Related: Hitchhiker's Guide to Catching a Ride: Tips to get you out on the road. 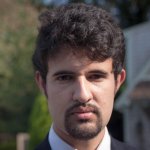 Nicholas Rao was born in Greenwich Village, New York City, and homeschooled until college. He is an alumnus of The Catholic University of America, where he studied philosophy and Italian studies. His passions are classical music, philosophy, language and travel.