You are here: Home/ Articles/ Budget Travel/ Livin' The Dream: The Realities of #VanLife

Livin' The Dream: The Realities of #VanLife 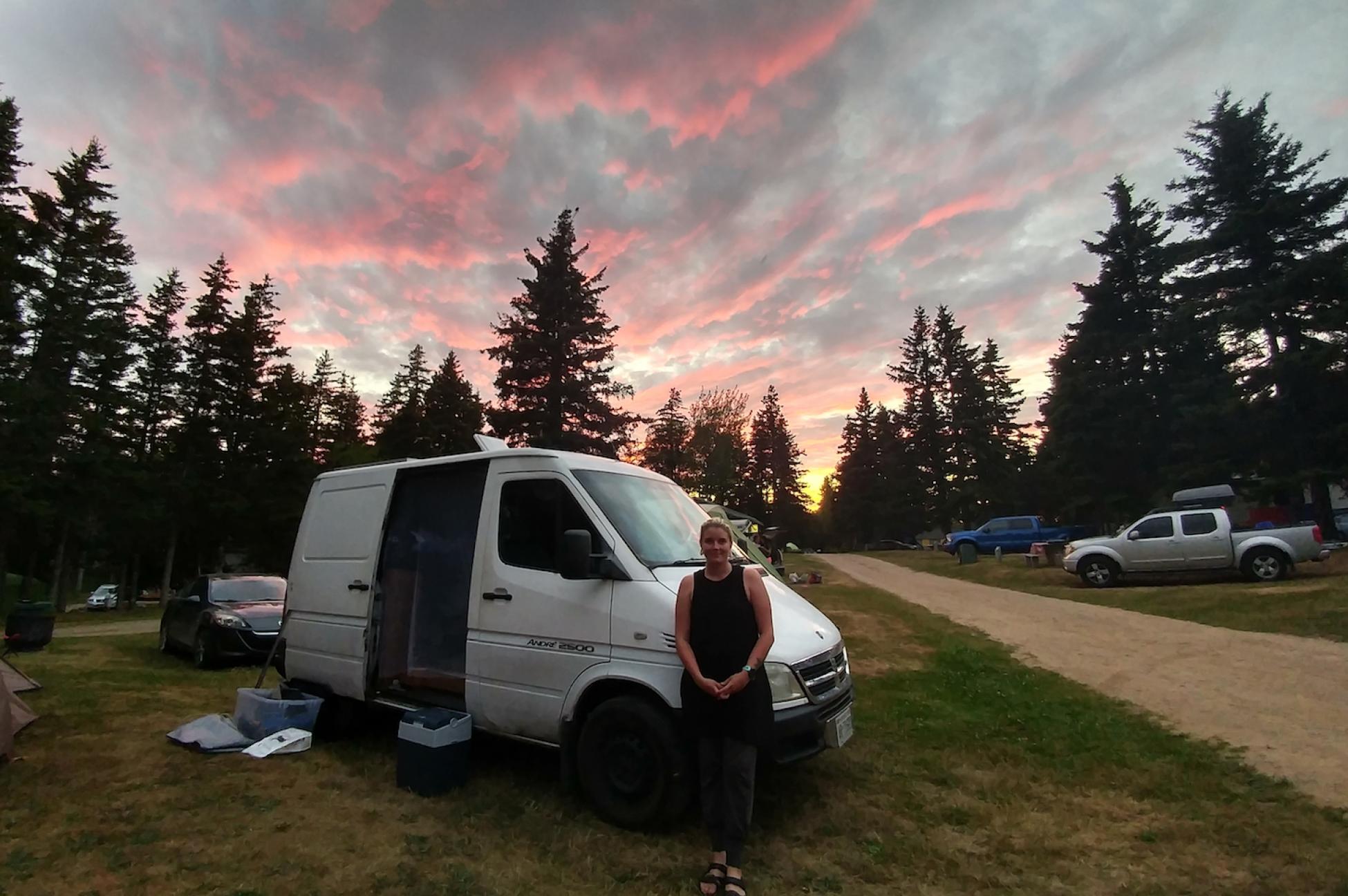 Stranded in a Walmart parking lot and other remarkable Instagram moments.

Does this sound like a total nightmare? Or has quitting your job to live “#vanlife” and becoming a digital nomad crossed your mind? Or maybe you’re just curious about why others are seemingly taking to the road en masse?

I’m here to give you some personal insight into the reality that comes with life on the road.

Much like other young urbanites, when my wife and I realized we were locked out of the real estate market, we needed to come up with another plan. Although I have a background in art and design, my passion has always been in the outdoors. So last year, we decided to travel through Canada—an enormous country that neither of us had seen much of, despite living here for most of our lives.

And the cheapest way we could travel for extended period? By way of campervan.

Using savings and some money from our wedding, we invested in a 2004 Dodge Sprinter cargo van. We come from modest financial means, so we knew we’d have to complete the conversion ourselves.

But first, we had to leave the Toronto apartment where I’d lived for six years. This was an unexpectedly emotional undertaking. I’d grown very attached to my home. Being a bit of a packrat, I’d also spent those six years collecting things deemed useful at one point. The reality set in that fitting our new life into a 40-square-foot van would mean minimizing to the extreme.

I had to sell my record collection, my artwork and many treasured items. It was a difficult process, but in some ways it was a blessing in disguise—it let me focus on items that are important to the present moment, rather than the past.

We moved to my grandparents’ house for the next two months, where hours were devoted to installing a solar charged battery bank, lights, a custom bed and lots of storage into the van. It was a big undertaking with frustrating trial and error—but it made us appreciated every little nook and cranny of our beloved van.

We invested in small, efficient and packable cooking equipment (including a portable coffee maker, which was key) and versatile, functional clothing. In the end, there was even room for our art supplies and books.

Finding a washroom and a place to shower was not always easy. Then, there was the struggle of two humans and a dog being stuck in a cramped van when it’s pouring for two days straight.

The one thing we didn’t worry about was work. Anywhere there’s an Internet connection can be turned into a workspace. Our generation is not bound by traditional forms of work and are only limited by our ingenuity. For us, making money was an afterthought, something we could figure out on the road. We also knew that we could extend our stay in places by WWOOFing in exchange for a place to park and food.

After two months of hard work and preparation, we were finally ready. With our dog, Beau, tucked safely in the back, we hit the road on a warm June morning. The feeling of driving away from home in our new home, with no set destination and no time frame, felt like freedom.

It didn’t take long for the reality that comes with freedom to set in. Four months later, I found myself sitting in a Walmart parking lot in St. John’s, Newfoundland, as far east from home as we could get in Canada. I was ready to give up.

We’d already been stranded for 10 days in the city. A broken seal had leaked oil onto our van’s alternator, causing a mechanical failure. It was far from the first repair; we’d already worn out a tire and broken a power steering fluid line. This time it was more serious. We’d have to wait two weeks for a part to arrive and the hefty repair bill equated to two months’ worth of travel. Being trapped somewhere so uninspiring as a parking lot was a hard one to stomach.

It wasn’t the only challenge we’d faced. Finding a washroom and a place to shower was not always as easy as we’d have liked. Then, there was the struggle of two humans and a dog being stuck in a 40-square-foot space when it’s pouring rain for two days straight.

And yet, looking back, I can say it has been worth all the trouble. Every morning started with Beau running free around the parks we stayed at. We had explored most of Eastern Canada’s best parks. We’d even worked on an organic farm, where we got to tend to goats, bees and all manners of plants. We enjoyed the company of many old friends and quite a few new ones. And while it was difficult to leave our home, all of the highs and lows allowed us to grow.

The reality is that living in a van is not what the glamorous Instagram pictures would have you believe. The bohemian life we see on social media—idyllic pictures of relaxing on beaches and exploring national parks—is misleading and problematic. There’s always more going on under the surface. Sometimes, even with all the planning in the world, things can and will go wrong.

However, with foresight and an ability to adapt, I can say firsthand that van life is incredibly rewarding. Although we are now stationary for the moment, the lessons we learned will take us forward into the next leg of our journey.

This article was originally published in Verge's November 2018 issue.

Michael Pace is a 29-year-old artist and jack of all trades living in Canada. Currently planning the second leg of a journey across Canada. You can follow his journey on Instagram @mikepaceart and find his recent artwork on his website.