You are here: Home/ Articles/ Beyond the Guidebook/ Destination: Argentina 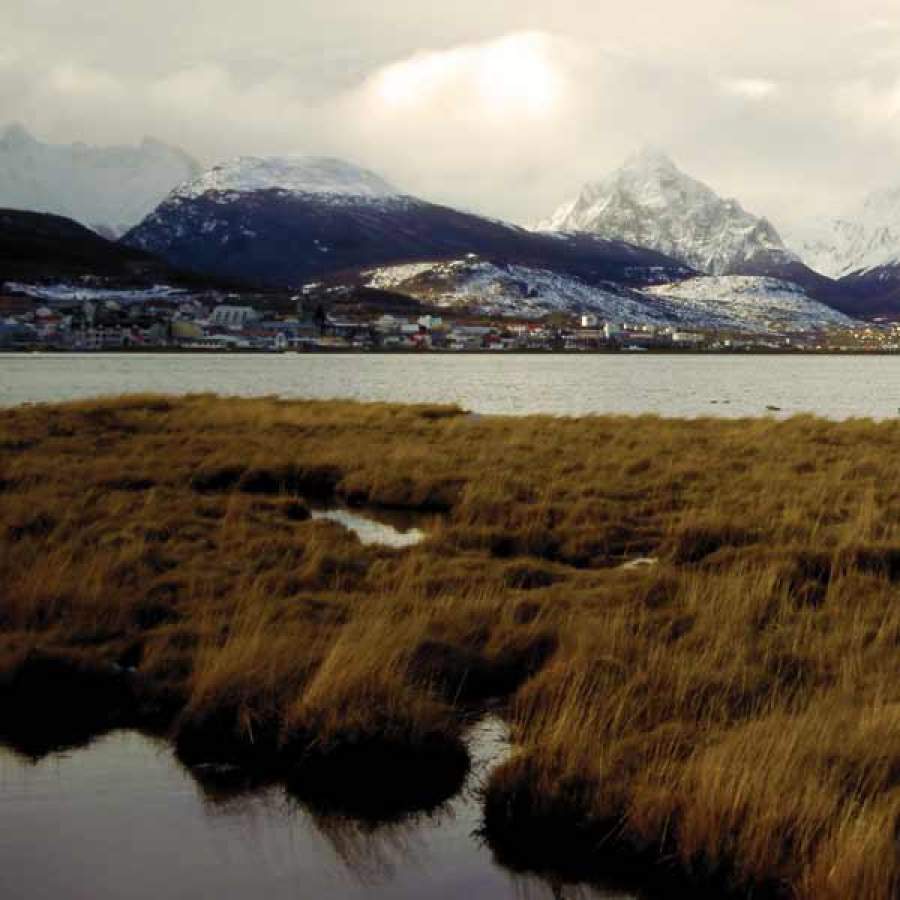 By  Julia Steinecke and Roop Gill

When it comes to cultural and geographical diversity, Argentina packs a punch.

Visit a subtropical rainforest or an advancing glacier; trek in Patagonia or tango all night in Buenos Aires. Check out this special section for some of the best Argentina has to offer.

Talk about a lot of different things packed into one country! Want to sweat it out in the jungle? Come to Argentina. Want to hear the groaning of a glacier and talk to penguins? Visit Argentina. Would you rather be surrounded by 13 million urban dwellers in Greater Buenos Aires, or utterly alone amid the jaw-dropping scenery of Patagonia? With eight UNESCO World Heritage Sites, Argentina has the biggest bundle of contradictions one country can hold.

The culture is equally diverse. Italian, Spanish, French, German, Welsh and Japanese immigrants mix it up with indigenous communities, not to mention the romanticized gauchos—herders of cattle in the grassy pampas. In Buenos Aires, a sizeable upper class rubs shoulders with poor people caught in the cycles of economic boom and bust.

Visitors can do volunteer work with the cartoneros who survive by collecting cardboard on the streets at night. There are opportunities to study at Argentine universities, or to take shorter courses in subjects like tango and Spanish. Despite the tight job market, you can find work teaching English.

There are many ways to experience Argentina—the hard part is choosing!

To see another side of the bustling capital, make your way to the working class barrio of La Boca on the west bank of the Riachuelo river. There's more to it than the colourful houses on the tourist strip of El Caminito. The arts flourish in spaces like Fundación Proa, Eloisa Cartonera and the Museo de Bellas Artes de la Boca. Locals are proud of their Boca Juniors fútbol team—catch a game at La Bombonera Stadium (officially known as the Estadio Alberto J. Armando) and learn more at the Museo de la Pasión Boquense.

Poverty is a reality in La Boca. Voluntario Global offers a half-day experience where participants learn about life in the barrio and help at a community centre.

Located within swimming distance of Uruguay, this island changed hands many times after Spanish navigator Juan Díaz de Solís landed in 1516. Much of its history is grim: from 1870 onwards, Martin Garcia housed a prison that held a disturbing number of Argentinean presidents, including Juan Perón and Hipólito Yrigoyen. It was a torture site during the 1976-1983 dictatorship. For a cheerier look at the past, history buffs can visit an 1820s lighthouse, a crumbling former Chinatown, the Park of Heroes and a museum.

Nicaraguan poet Rubén Darío lived here freely, enjoying the island's natural beauty, which can now be explored with help from the local interpretation centre. Camping and budget accommodations are available. Get here on a scenic three-hour boat ride from Tigre, located on the outskirts of Buenos Aires.

A UNESCO Natural World Heritage Site on the border with Brazil, Iguazu Falls is one of Argentina's (and Brazil's) most famous tourist destinations. The 67,000 hectare Iguazu National Park was founded in 1934 and hosts 450 species of birds, 2,000 species of plants, 80 mammals and numerous insects—some of which are still unidentified. On a lucky day, hikers may spot jaguars, pumas, giant anteaters and howler monkeys in this subtropical rainforest.

You'll spot masses of tourists around the falls themselves, which are part of a theme park with souvenir stands and fast food joints. There are up to 260 waterfalls visible, depending on water levels. The most popular of these is the Devil's Throat, or Garganta del Diablo, a U-shaped cascade 150 metres long and 80 metres high.

This rainwater-fed wetland in northern Corrientes province covers about 13,000 square kilometres and boasts some of the best wildlife watching in South America. Plants rooted in the nutrient-rich lakebed float atop the shallow water like little islands. Animal life includes caimans (a type of alligator), marsh deer, wolves, coypu (a large rodent), otters and howler monkeys. Adding to the noise is the chirping of 350 species of birds like kingfishers, hummingbirds, parrots, kites and vultures.

Visitors can enjoy hiking, horseback riding and boat tours. Tourist activity in the wetlands is increasing, but perhaps a greater threat is the Yacyretá dam, which may raise water levels and destroy vegetation. Former Esprit tycoon Douglas Tompkins has bought up nearby land in an attempt to ensure the wetland's preservation.

Carved by the Rio Grande, this UNESCO World Heritage Site is a dry canyon, extending 150 kilometres through the Andes in northwestern Argentina towards Bolivia. For thousands of years this historic passageway has been the home and trade route of various ethnic groups, including the Coya and the Omaguacas.

The towns dotting the stark landscape include Purmamarca, which is near the spectacular Hill of Seven Colours with its bright layers of sediment. Humahuaca, the largest town in the area, has adobe houses and a traditional plaza. There's been an increase in tourism in recent years.

Close to the Quebrada de Humahuaca, Iruya is a remote town with a well-preserved indigenous culture. Buses from the town of Humahuaca crawl up winding gravel roads through high mountain passes and valleys to get here. Visitors can wander along the town’s steep cobblestone streets among adobe houses and meet locals in traditional attire. There is trekking in the hills and surrounding villages like Colanzulí and San Isidro are worth a visit too.

Patagonia's Perito Moreno National Park, named after the founder of Argentina’s national park system, spreads over 115,000 hectares and is home to everything from Patagonian steppe to Andean peaks to sub-Antarctic vegetation. This remote park, which receives few visitors, is ideal for mountain climbers and hikers who may spot guanacos, pumas, foxes, chinchillas and huemul (Andean deer). Large birds like the Andean condor and flightless rhea live here along with flamingos, black-necked swans and wild geese.

South of Perito Moreno National Park, and much closer to sea level, is the Parque Nacional Los Glaciares, a UNESCO Natural World Heritage Site and the home of the Perito Moreno glacier, one of the world’s only advancing glaciers. Tourists gather daily to listen to the groaning of the slow-moving river of ice and to watch chunks break off and crash into the channel below. Scientists come here to study climate and glaciology.

On the northern edge of the park lies Mount Fitz Roy, a 3,400 metre challenge that can be approached from trails near the town of El Chaltén, one of Argentina's best trekking centres. The area is getting busier as rapidly-improving roads bring more travellers to take in the staggering alpine scenery.

The largest penguin colony in South America comes to nest at this barren seashore in the province of Chubut. Every year from September to March, half a million Magellanic penguins create a noisy chaos of braying and feathers. Visitors have to stay on the marked trails and keep a safe distance from the birds, who can inflict a nasty peck. Scientists believe penguin populations in places like this will shrink due to overfishing of the Patagonian anchovy.

The Valdés Peninsula, just a little to the north, is a UNESCO Natural World Heritage Site with a penguin colony, as well as southern right whales, sea lions, elephant seals and orcas.

Among the waterways of the Seven Lakes Scenic Route, there are lush forests, volcanoes and snow-capped mountains. You can ski, fish, climb and trek your way through this outdoorsy playing field. Many visitors base themselves in touristy San Carlos de Bariloche, which is a transportation hub for the area. Backpackers may prefer the counter-cultural scene at El Bolsón, a two-hour bus ride south.

More Destination Argentina:
Volunteer, Work and Study Opportunities
The Other Night Life in Buenos Aires: The Story of Argentina's Cartoneros
Backgrounder: Argentina
A Glimpse of the Gaucho Fair