You are here: Home/ Articles/ Beyond the Guidebook/ Colloquial Kiwi-isms 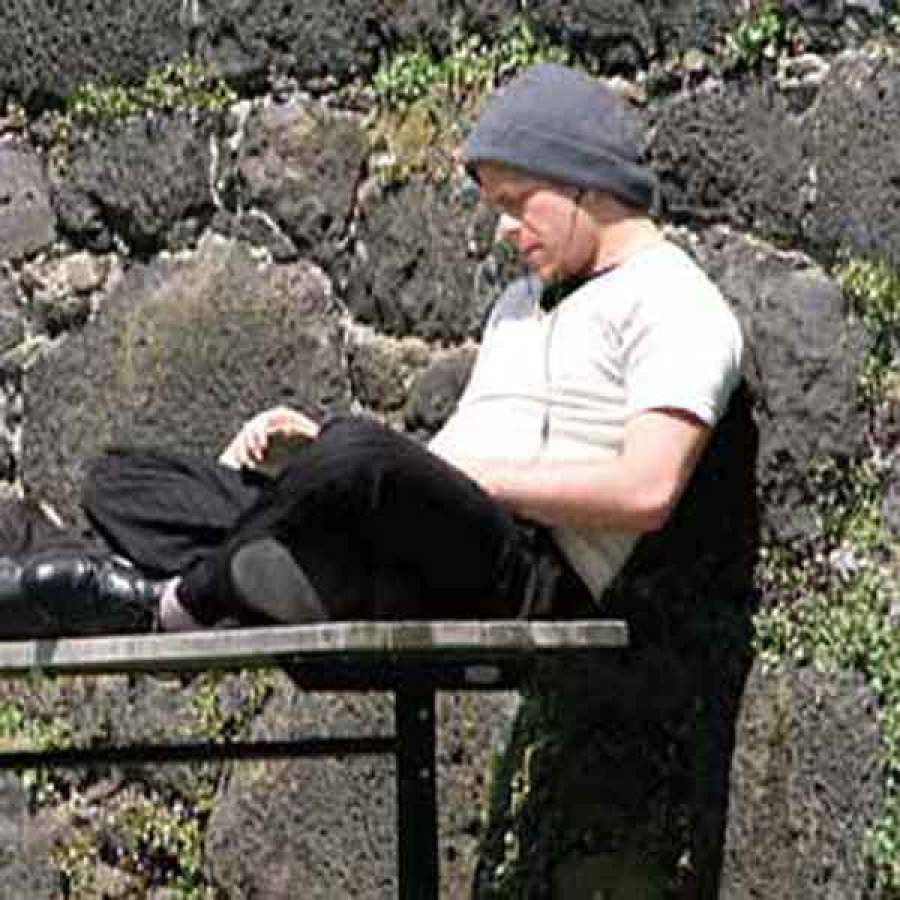 Not-so-fresh off a 14-hour flight from Los Angeles (preceded by a journey from Ottawa) it's slightly disorienting to arrive at this Auckland hostel.

The staff must be used to receiving guests in a similarly stunned state, and invite me to remove my "beckpeck", rest my "heed" for a couple of hours, and come down later to enjoy some "fush and chups".

After a little sleep, I find the soft accent somewhat less daunting.  Getting a grasp on 'Kiwi English', however, becomes a challenge for the remainder of my year-long working holiday.  For example, what would you say to this?:

We took that old gorse-pockets to a bun fight and lolly scramble in the wop-wops.  It was good-as, until the chilly bin was empty and it was his shout. When we told him to grab a trundler and rattle his dags, he threw a wobbly.

New Zealand vocabulary is a unique and entertaining mix of British, Australian, Maori and creative home-grown expressions, that can make for an interesting linguistic experience.   North American English-to-Kiwi dictionaries do exist, but here's a few introductory expressions to impress your mates at the boozer.

a into g: get going (arse into gear)
'Attending to matters of urgent public business': not doing not much, especially something that you don't want to explain to people
bach (pronounced batch): cottage
bludge: to live off the generosity of others,  to sponge
Bob's your uncle: there you have it; you're all set
boozer: pub / bar
dairy: corner store
dog tucker: unpleasant person / lowlife
dusted (done & dusted): finished
Godzone (God's own country): New Zealand
having 'gorse pockets': being stingy
good as / sweet as: very good
haka: war dance
hard yakka: hard work
kia ora: hello / good health
kiwi: a flightless brown bird; someone from New Zealand; an adjective meaning anything to do with New Zealand
tired and emotional: drunk
tramp: hike
turned to custard: went badly
waka: the Maori word for canoe (pronounced wokka); Maori iwi (tribal) allegiances were originally built around the canoes in which they came to NZ
'waka jumping': a turncoat; came about to describe politicians that change party allegiance, but now in general use for anyone that changes or switches sides.