You are here: Home/ Articles/ Beyond the Guidebook/ Backgrounder: New Zealand 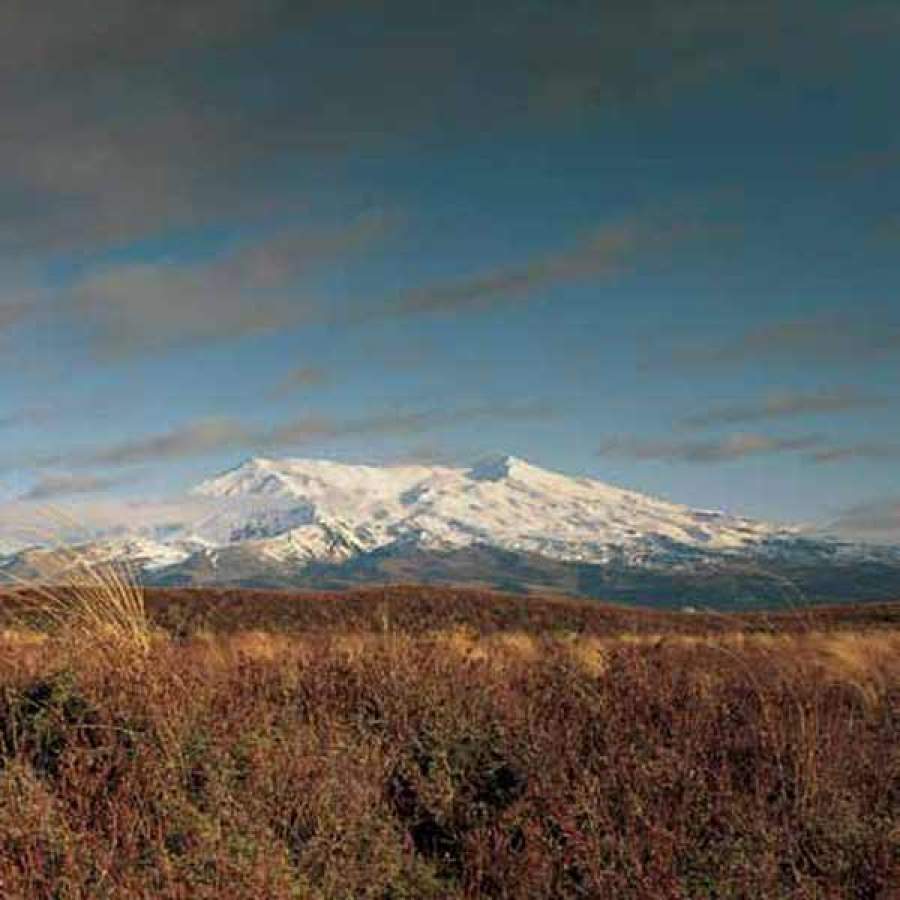 New Zealand, known in Maori as Aotearoa, or Land of the Long White Cloud, is truly a land apart.

Consisting of two large Islands, North Island and South Island, and many smaller islands, this isolated South Pacific nation sits some 2000 kilometers across the Tasman Sea from Australia.

Huge snow-capped mountains, beautiful tropical coastlines, and lush rainforests are all found within this sparsely populated country (approximately the same size as England in area, New Zealand is home to only 4.1 million people).

It’s not known exactly when the Maori people came to New Zealand from Polynesia in waka hourua, or voyaging canoes. More than likely, there were likely several waves of migration between 800 and 1300 AD.

The first Maori settlements were mainly in coastal areas, especially the East Coast, where the climate was more hospitable.

Before the arrival of the first Europeans in the 18th century, the Maori were a stone-age people, but they had a highly evolved society. They used bird bones, especially those of the giant flightless Moa bird (now extinct), whale bones, dog and human bones, and also stone to build their weapons and other artifacts.

Captain James Cook, who first mapped the coastlines of New Zealand during three expeditions in the 1770s, encountered the Maoris and, after some initial violence, was able to establish a friendly relationship with them. As early as the 1780s, whalers and sealers began to make more frequent encounters with the Maoris, and by the 1830s, an estimated 2,000 Pakeha (a Maori term used to describe Angl0/European New Zealanders) were living among the island dwellers. They filled different roles, from slaves to fellow warriors fighting alongside the Maori in their intertribal battles.

By the early 19th century, some tribes began to realize the advantage of arming themselves with European muskets, which they acquired in exchange for items, such as flax, potatoes, fruit and pigs. With the help of the guns, and the knowledge they acquired thanks to increasing interaction with the Europeans, Northern tribes, such as the Ngapuhi, were the first to take their warring ways further afield, waging campaigns of war against numerous tribes and upsetting the established balance of power.

Through conflict, tribes such as the Ngapuhi were able to acquire slaves to help them grow crops for sale and export, and to fuel their war machine.

Thanks to missionaries, trade and a growing amount of European settlers, European culture began to exert itself in New Zealand, and Maori began to convert to Christianity in large numbers. They also began to adopt European ways, and their language. Through their growing literacy and understandings of European society, the Maori also began to realize their sovereignty over ancestral lands was under threat from the haphazard way outsiders were settling the land.

By the mid-1830s, white settlements were scattered over both main islands, and a call for some sort of governing force was loud. At that time, New Zealand was a protectorate of Great Britain, but not a colony. The Colonial Office was not interested in taking the measures needed to make New Zealand a bona-fide British colony, but when trading companies from Britain and France began to exert themselves as colonizing forces, the British were forced to take action.

They sent William Hobson to negotiate a treaty with the Maori. It was decreed that if sovereignty was to be exerted, it had to come from a treaty negotiated with the Maori as equal partners. The Treaty of Waitangi, signed in 1840 by representatives of Queen Victoria and more than 500 Maori chiefs, helped bring an end to years of intertribal conflict and provided a constitutional basis for the establishment of British law and government in New Zealand. It was interpreted in different ways, but in essence it gave the British limited rights to govern the land and settle there, while preserving the traditional authority of the Maori chiefs and their right to ownership of their land.

The treaty is a pivotal document in the history of New Zealand, and one that still governs the relationship between the Maori and the Queen. Still, it wasn’t without its faults, and certainly didn’t signal the end of conflict in New Zealand. Following the signing of the treaty, The Maori benefited from improved trade relations, but ran into trouble when they tried to exert ownership over their lands. This brought them into conflict with the Europeans trying to establish a foothold on the island nation. The Maori Wars took place between 1845 and 1872—mainly as a result of land disputes.

Meanwhile, the European population was steadily growing and the Maori population was declining. As a result of the Maori wars, vast tracts of land were confiscated by the Colonial power, which claimed it was punishing the Maori for the years of rebellion.

As the end of the 19th century approached, the Maori population went into serious decline, European diseases, expropriation of their land and war were all taking their toll. Many predicted at the time that this proud race would cease to exist. Nevertheless, the Maori bounced back.

Now, almost a century later, they are enjoying a resurgence of support and interest in their culture and society. Since the late 1960s, the New Zealand government has been working hard to right the wrongs inflicted on Maori since the British Empire exerted its sovereignty, and much of the land confiscated after the Maori Wars has been returned. The Waitangi Tribunal was created to speed up legal proceeding surrounding compensation for Maori and property rights issues affecting them.

Perhaps the most significant aspect of the Maori recovery in New Zealand, though, is the resurgence of their language. From the 1880s onwards, Maori was forbidden in schools, although the Maori continued to speak their language within their communities and homes. Following World War II, however, the language came under threat when the Maori population began to urbanize and English became the obvious language of opportunity.

By the 1980s, however, those in power had begun to realize that the Maori language was in danger of extinction, and began to initiate Maori-language recovery programs. Now Maori students can choose to learn in either Maori or Maori and English, and Maori became an official language of New Zealand in 1987.

While the country’s population is now majority European-descent, the Maori make up the largest minority at 14 percent of the population. Most places in New Zealand have Maori names, and Maori are visible in almost every aspect of the country’s culture and society, from the arts to politics. Traditional Maori art forms, such as weaving, kapa haka (group performance), whaikorero (oratory) and moko (tattoo) are taught, practiced and performed throughout the country. The younger generation of Maori, schooled in the ways of their ancestors, are encouraged to pursue their own interpretations of Maori tradition. Maori culture is kept fresh through the use of new mediums such as film, theatre and popular music.

Maoris also play a strong role in New Zealand’s government, and are being encouraged to take an even stronger role. Four Maori seats were established way back in 1867 in order to give Maori a say in Parliament. At different points during the country’s history, these seats came under threat, until the early 1990s when electoral reforms decreed that the number of seats could increase or decrease depending on how many Maori or people of Maori descent registered to vote as Maori. In 1996, for the first time in their 129-year history, the number of Maori seats in Parliament increased to five. Currently, there are seven Maori seats.

About one in seven New Zealanders identify themselves ethnically as Maori, and the proportion is expected to increase. Despite all the good news, statistics that favour the non-indigenous population persist, as they do in most places in the world. Maori make up more than 40 percent of the country’s prison population, and are, as a whole, disadvantaged. They have a lower life expectancy, lower living and housing standards, poorer health, and perform more poorly overall in the education system. Many New Zealanders wonder about what place the Maori and their culture will play in the New Zealand of the future, as the country’s population continues to grow and becomes more mixed all the time. Judging from their ability to adapt, grow and survive within the constraints of first, an imposed Colonial system, and now, a Westernized Commonwealth nation, though, it’s likely they’ll continue to occupy a space front and centre. Observe a Maori warrior performing the Haka war dance and you begin to understand the strength of these people.