You are here: Home/ Articles/ Beyond the Guidebook/ Yoga For Sale 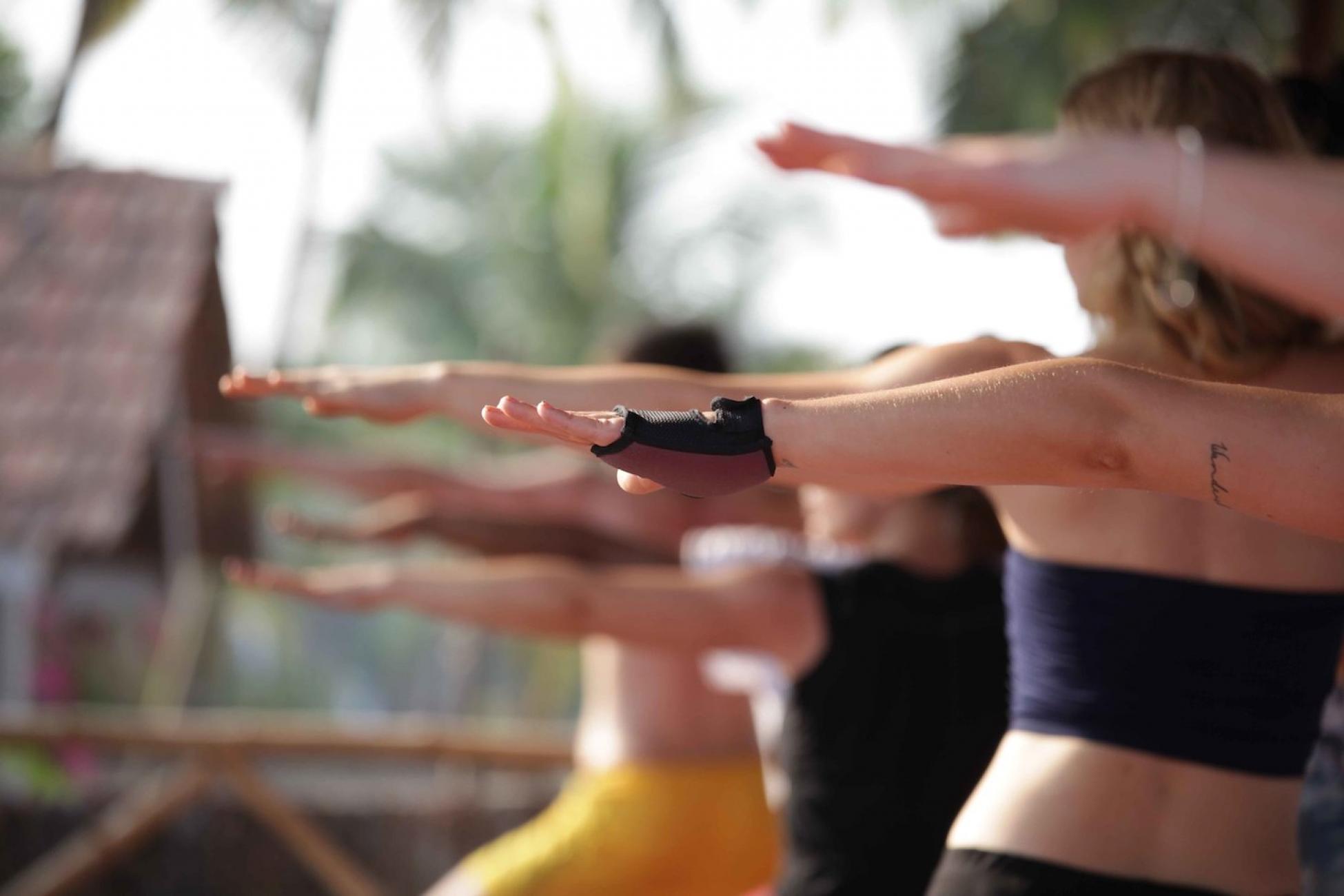 A native of India weighs in on the cultural appropriation and commodification of an ancient Hindu spiritual practice.

Two fleeting months ago, I moved back to my dear motherland of India from the United States. With a new appreciation for all things old—even ones that were previously strong reasons to flee to the West—I am happily readapting after six years of living in America.

I’m in Goa for work, but it’s inherently a vacation, owing to the sun, the sand and the sea by my side. A performing artist, I’m attending a four-day dance workshop in a small town, Arambol. But at the moment, I’m on the third floor of my guesthouse, fulfilling my daily quota of balcony time.

I have a peculiar intrigue for balconies, mostly because they facilitate a fair deal of people watching, the best mental sport to exist.

My current view: White woman after white woman in branded black leggings and a sports bra holding onto a yoga mat for dear life.

I remember similar balcony indulgences back in the United States. There, yoga—a 5,000-year-old spiritual practice with roots embedded in the Hindu culture—has been transformed into a marketable product, a fitness regime, a symbol for the elite. But judging from the scene parading below me, even in yoga’s birthplace I can’t escape the colonization of the ancient practice.

Yoga is a spiritual practice that, as a whole, encompasses eight pillars, with physical asanas only being one. Its Western counterpart focuses almost exclusively on the exterior when, in fact, yoga ultimately serves to encourage humility and a blossoming from the inside out.

Yoga in Western culture exists as a commodity far from its true roots. The infamous 200-hour yoga teacher training that Goa has become known for is generally taught by white folks dressed in $80 yoga pants (a category of apparel that’s often sexualized) and tank tops ornamented with wordplay on the sacred Hindu greeting, namaste.

The infamous 200-hour yoga teacher training that Goa has become known for is generally taught by white folks dressed in $80 yoga pants and tank tops ornamented with wordplay on the sacred Hindu greeting, namaste.Watching the women below, I grapple with the magnitude of judgmental feelings pouring out of me. I am the utmost proponent that cultural exchange contributes to substantial learning and humility—but the line between appreciation and appropriation is so very fine, and almost always unintentional.

Brushing off the uncomfortable feeling, I make my way downstairs. I pass advertisements for yoga classes featuring white women in splits, their palms in a prayer gesture. Out on the street, flowing elephant-print pants—a Westerner’s daydream of travelling through India—are omnipresent.

The sparsity of visitors of colour deems me the odd one out. A stranger in my own home, I stroll past Ayurvedic medicine stalls that no local would entertain; hipster vegan and health food restaurants; one-of-a-kind boutique coffee shops, their Indian twist manifesting as plush floor seating; and foreign-owned clothing stores, saturated in overpowering incense—a practice often reserved for places of worship.

With over 600,000 international tourists visiting Goa in 2018-2019, this façade is no surprise. I understand the economic concept of providing supply where there is demand, but adapting the real Goa to suit Westernized expectations results in a loss of charm.

Further along, a food vendor mistakes me for a Spanish traveller. (Is the presence of an Indian tourist that much of an anomaly?) I’m reminded of all the times in the United States that I was ashamed to dress in Indian clothing publicly; hesitant to speak in Hindi; or consciously or subconsciously altered my accent because, well, I wanted to be taken seriously.

While it’s respectful for a visitor in a foreign country to be mindful of the sociocultural norms of said place, it’s problematic when one's own ways of being are suppressed out of fear of potential embarrassment. It’s contentious when a dominant culture, or a white way of being, becomes the norm—a result of hundreds of years of colonization—and all else is “other.” Inferiorly other. And the dominant culture, once normalized, creates a struggle in accessing ones' own medicines and spiritual practices, or—in my case—merely my day-to-day ways of being.

A lesson in cultural appropriation

Cultural appropriation is a phenomenon where a dominant society exploits the traditions of a marginalized, often previously colonized, society for gain, without an acknowledging their roots or historic context.

In this case, cultural appropriation can take the form of boutique yoga studios. The experience tends to be as follows: You walk in and are most likely find a Ganesha idol (a prominent Hindu god, typically found in areas of prayer and used to mark a space as sacred). There will be racks of expensive clothing with slogans like "Namastay in bed" and mats priced higher than my monthly electricity bill. These are all marks of a business owner on a mission to fabricate an exotic, superficially yogic atmosphere. The teachers at these studios—who serve as their face, including consequently in the public’s subconscious— are often not South Asians.

"A compassionate healing practice like yoga has to go through a lot of changes to fit a system of capitalism and white supremacy,” writes Maisha Z. Johnson on EverydayFeminism.com in her article "8 Signs Your Yoga Practice Is Culturally Appropriated – And Why It Matters."

So why don’t more South Asians represent the yoga community in the media? From personal experience, it seems like dilution of the practice, smeared in corporate exploitation and further iced with a specific media representation of selective populations for whom these spaces are crafted. It is no surprise that all but white, skinny, cis-gendered minds and bodies feel deterred from gentrified yoga spaces.

Cultural exchanges contribute to substantial learning and humility—but the line between appreciation and appropriation is so very fine.

I want to emphasize that the inherent problem does not lie in non-Indians practicing yoga, but in the rather adulterated westernization of the practice.

"The purpose of yoga isn't ever to flaunt our powers or our abilities. It is a deeply spiritual, personal practice that involves far more than just asana, as well. It is about conquering the ego, being humble, and connecting to the inner happiness that wells in all of us," writes Manasvini, an American Indian, on Medium.

When it comes to a yogic lifestyle, I believe the fine line between appreciation and appropriation lies in intention and awareness. A pure intention—as a student or teacher—is to attempt to study the practice as a whole, as opposed to treating it as a diminished 60-minute workout on a branded mat.

Developing awareness of its cultural and spiritual roots also means recognizing that Hindu spirituality should not be employed as an interior decorating schemes. It means understanding that purchasing from corporate yoga fashion lines means supporting the exploitation of a 5,000-year-old practice. It means acknowledging that there is always room to learn more. And finally, it means developing gratitude for a borrowed practice that selflessly improves the lives of all those that choose to authentically live it. 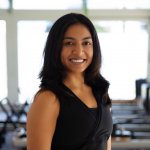 A creative at heart, Ruchi Ahuja is a professional dancer, writer, and pilates teacher from Mumbai. The urge to explore unfamiliar lands complements her gusto for the written word. Hummingbird-ing through life, she is presently studying dance therapy in New Zealand.