You are here: Home/ Articles/ Beyond the Guidebook/ Treading Lightly in Laos 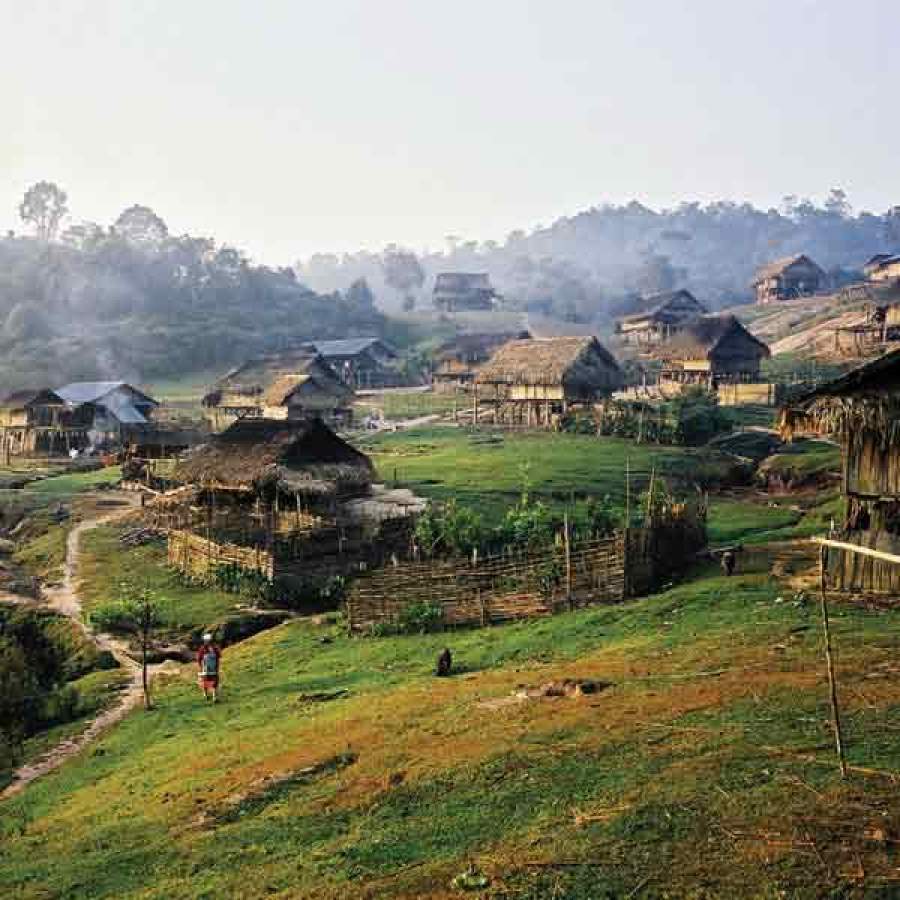 By  Julia Steinecke and Troy Nahumko

Here's how your visit to Laos can have a positive impact.

The Thai-Lao Friendship Bridge that spans the Mekong river just south of Vientiane is more than an infrastructure link;  it's one of the main entry points for thousands of sweaty backpackers every year.  Many of them don't realize that, leaving Thailand for Laos, they are travelling from a developed country to a nation less than half the size with a population under 7 million—a beautiful, sparsely inhabited country with limited resources, that is rapidly adjusting to globalization and mass tourism.  With their noses buried in their guidebooks, some cross the bridge and pay their visa fee as if it were the admission price to another attraction on their tick-list.

The Lao are an extremely kind and tolerant people, though with strong cultural beliefs. Often their patient silence is mistakenly taken as assent.  Horrified Lao ride their scooters while carefree tourists hang their feet out the back of tuk-tuks directly in their faces.  Other visitors saunter down the streets of Luang Prabang wrapped in nothing but a towel.  Usually they mean no harm;  they simply don't understand the consequences of what they are doing.

Here are a few simple guidelines to reduce your ecological and cultural footprint.

Slow down and adjust to the local pace of living. This might mean taking the bus rather than flying across the country, or waiting for the local s?wngth?ew—a pickup truck with benches in the back—to fill up instead of jumping into a private taxi, or simply waiting patiently when things take a little longer than they would at home.

Bargain thoughtfully.  The owner of a bungalow on Don Det is unlikely to make a living if you pay less than the $2 per night they may be charging.

Avoid giving gifts or buying things directly from children;  this encourages them to beg or work instead of attending school.  Conduct financial transactions with adults and make donations to schools, health centres and other projects.

Women are asked not to touch monks or their possessions.  Do not hand items directly to a monk—place them on the table and the monk will pick them up.  Conversing with monks is perfectly acceptable.

If you are observing the monks' morning almsgiving (Tak Bat), dress appropriately, covering shoulders and legs.  Stand a distance away and keep below the height of the monks.  If you must take photos, stand even farther away and do not use a flash.  Don't make a food offering unless it has particular meaning for you—in that case, buy the rice at a market, not from a vendor on the monks' route.

Remove shoes before entering homes, shops, offices and temples.  Do not elevate your feet or touch others with them.  Don't touch people on the head.  Try not to tower over people who are seated, and never step over someone who is sitting on the ground.

Public displays of affection, including hugging, are uncomfortable for locals.  You can greet anyone by pressing your palms together in front of your face.