You are here: Home/ Articles/ Beyond the Guidebook/ A Slice of Reality: Mumbai Slum Tours 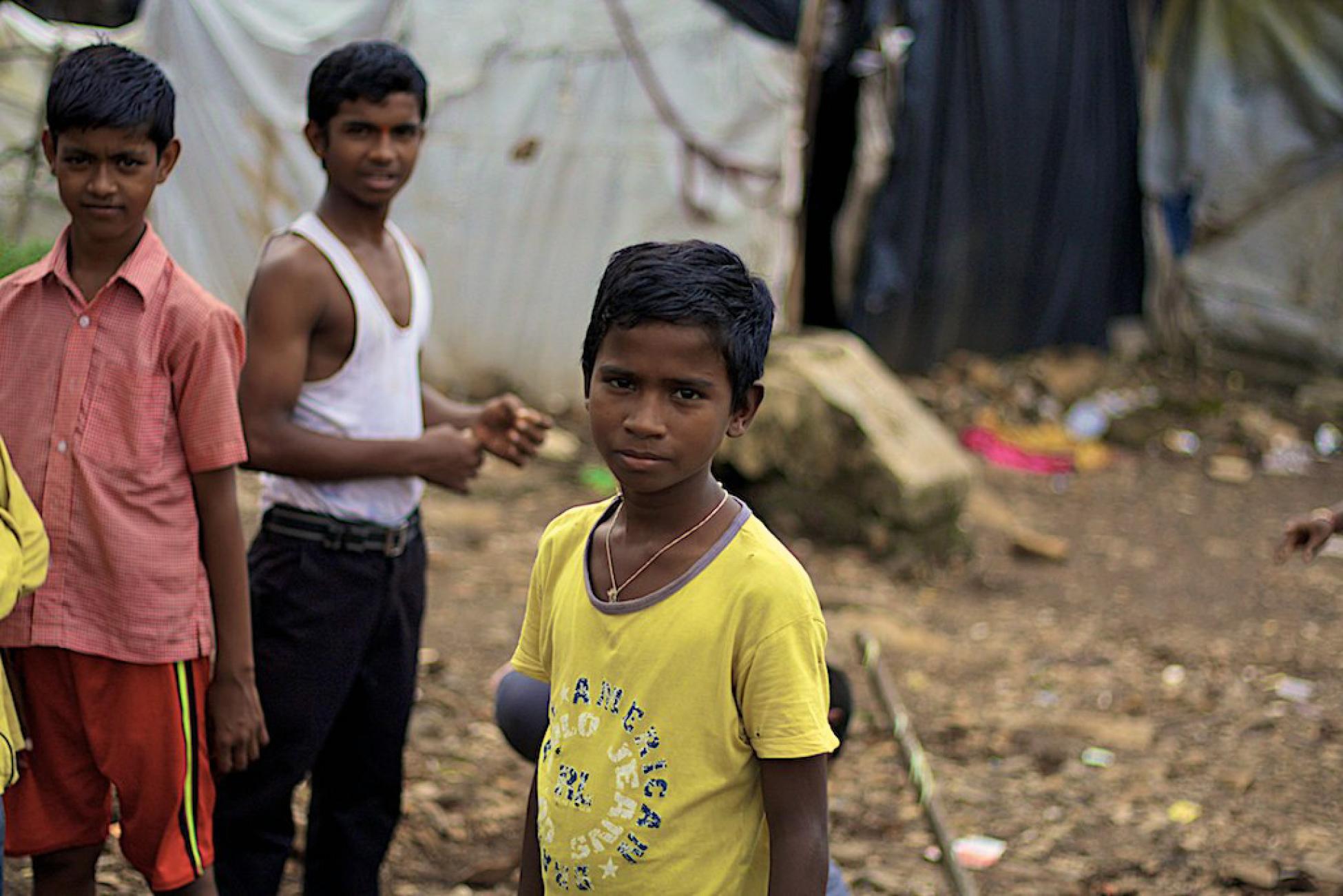 Cool kids love the camera. Kids in the slums of Mumbai. Andrea Eldh
By  Brent Lewin

A gap year gig turns into a quest to show travellers a hidden side of urban India.

They're beggars and criminals.  They live wasted lives of misery and pain.  They should get jobs and do something to better themselves.  They are not the same as you or me.

These are just a few of the negative assumptions, common to Indians and foreigners alike, about the people living in India’s slums.  When 26-year-old Chris Way first arrived in India during a 2002 gap year, he had no idea that soon he would co-own and manage a company designed to dispel these fallacies about slum dwellers.

Before the plane even touches down in Mumbai, the first thing most travellers notice is the density of humanity below and the dilapidated slums that pepper the landscape.  On the drive from the airport to the tourist ghetto of Colaba, chaotic shantytowns line most of the main arteries into the city and for many travellers it's their first encounter with extreme poverty.

"Informal Housing" is a euphemism used by city planners in Mumbai to describe the slums that half of the city's 16 million residents call home.   Dharavi, Mumbai’s largest and most established slum, is home to over a million people, Hindus, Sikhs, Muslims, Christians and Jains, all crammed into an area of less than two square kilometres.   It's an overcrowded place rife with poverty, lacking cleanliness and adequate sanitation, but it's also a place full of industry and community.   There are over 10,000 small-scale industries in Dharavi netting an estimated annual turnover of US$665 million.

“When I first came to Mumbai I volunteered for four months at a school for children from the slums,” explains Chris Way.   “What struck me most was how good natured and confident the children were despite the circumstances in which they lived.”

Continuing his world tour, Way found himself in Brazil on a favela tour through the shantytowns of Rio.   A seed was planted.  “It felt natural to try and do something similar in Mumbai.”  He returned to India and, in 2005, Reality Tours and Travel was founded.

One morning I meet up with four groggy American backpackers in their twenties and climb into the company jeep, heading north from Colaba.  At Dharavi, we sit nervously in the jeep, while our guide, Ravi Mishra, gives us a ten-minute history of the slum.

“Don’t worry guys," he adds. "Nothing to be afraid of here; it's one hundred percent safe.  The only rule is no photos.”

For the next hour-and-a-half hours Ravi leads the group through, explaining everything we see.  The main industry in Dharavi is recycling and we are invited into several cramped rooms to witness how oil drums are cleaned out for re-use and how plastics are ground into small shards and melted into multi-coloured pellets.  They'll be shipped off and made into Barbie dolls.  With space in such short supply most of the recyclers pile commodities like bicycles, plastic chairs, and Coke cans on rooftops.

We get a glimpse of the living quarters that come with "informal housing" and we observe how potters work their trade.  The tour ends at a local school with an opportunity to talk to some of the children growing up in Mumbai’s biggest slum.

Though the sights in Dharavi are intriguing, the real strength of Reality Tours lies in its guides, seasoned locals with a wealth of knowledge about the city and its workings.  They have a special relationship with the residents of Dharavi, which allows tour groups to get behind the scenes.  Back in the planning stages, Chris and Ravi visited Dharavi many times to befriend the residents and explain the rationale behind the company. They were receptive to the idea.  Though the tour company does not pay any money to the residents, on all the tours I did nobody ever came up to us to ask for a rupee.

The average middle-class Indian would not likely visit a slum.  I mentioned the tour to some educated Indians in Mumbai and they were baffled as to why I would want to see slums when I could spend my time seeing museums, Raj architecture or temples.

"Most travellers end up visiting the same places and sticking to the beaten path. It actually takes them further away from really understanding our culture and the issues we face."

Although Reality Tours has yet to make a profit, things are looking good for the future.  With a listing in the 2007 India Lonely Planet guidebook, tour numbers have gone up dramatically and the company expects to break even this year.

Way has already put funds toward building a community centre.  “It was necessary to set up the community centre to show people, both residents and tourists, that we were serious about our intentions.”  He plans to donate 80% of profits after taxes to NGOs working in Mumbai’s poorer communities.

At the end of the day, Ravi reflects:  “Most of the tourists I see around Colaba seem to be in search of what they call the Real India.  They want to see camels walking along sand dunes, spiritual cities where pilgrims go—the list is endless.  Most travellers end up visiting the same places and sticking to the beaten path and it actually takes them further away from really understanding our culture and the issues we face.

"I don’t do this job for the money.  For me it’s more about showing foreigners a slice of reality.  Let them learn and go and tell others about what it's really like here.”