You are here: Home/ Articles/ Beyond the Guidebook/ The Rangoon Commute: Getting to Work in Burma

The Rangoon Commute: Getting to Work in Burma 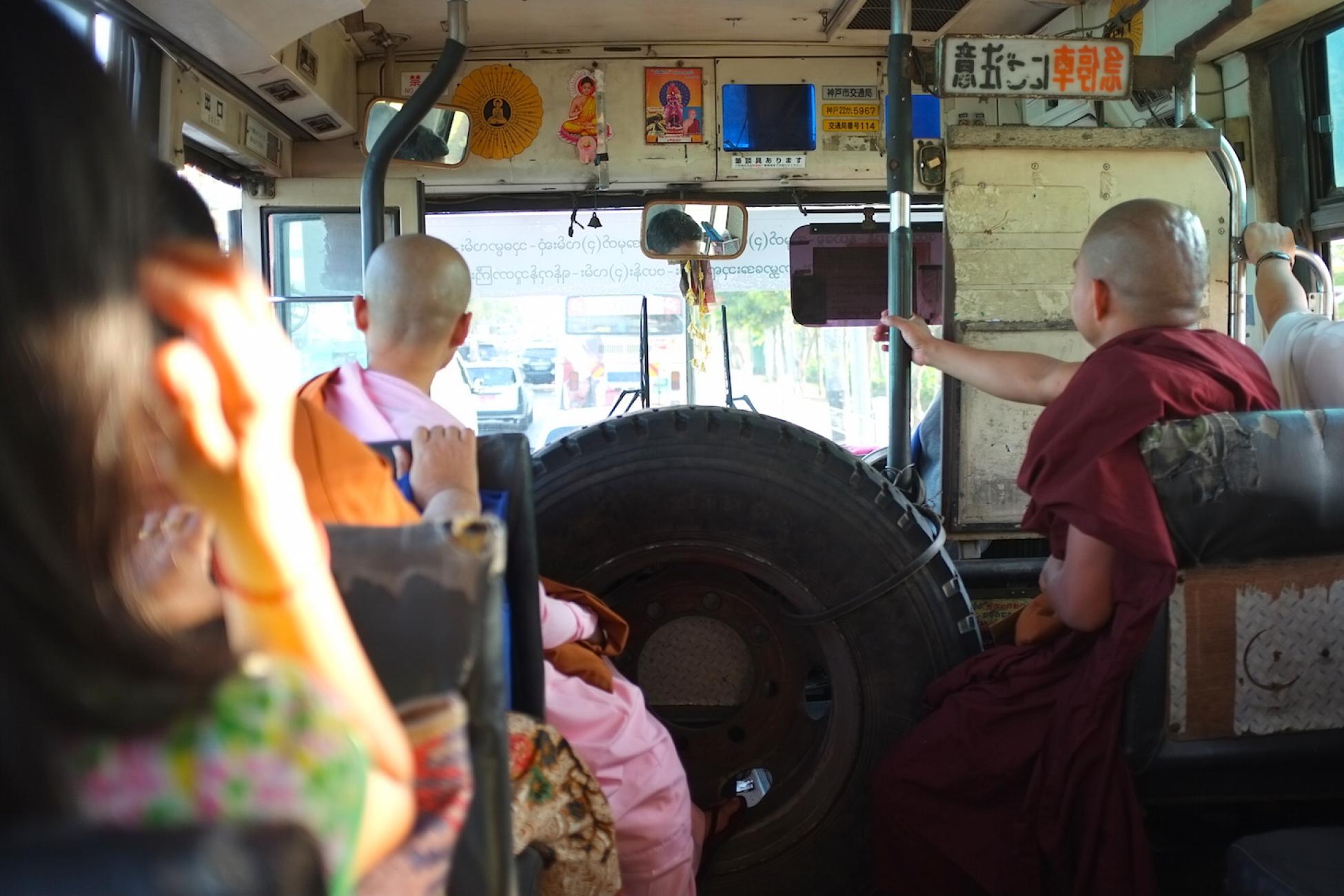 How to get across town in one piece when the rules of the road are straight out of Mad Max.

In a country once closed off from the world, Burma’s exposure to the outside world has led to an explosion of change. The country finally has Internet (saying nothing of its speed), imported cars congest the roads of Rangoon, and foreigners walk the streets. More expats are choosing to live in Rangoon, and Burma is being tacked onto the end of the Southeast Asia tourist circuit.

That being said, change doesn’t happen overnight and Burma (also known as Myanmar) is struggling to cope with its rapid rate of expansion. This is best exemplified on the streets of Rangoon (Yangon), which resemble scenes from Mad Max more than urban thoroughfares. Ancient, battered buses careen wildly along, honking their horns and stopping for a heartbeat to let off passengers, while taxis swerve and speed to get their charges to their destinations. As a result, even small distances in relatively compact Rangoon can take an unreasonable amount of time to cover.

The streets of Rangoon better resemble scenes from "Mad Max" than urban thoroughfares.

Here are some things you need to know about the main options for the morning commute in loud, crazy, bamboozling Rangoon (excluding some of the hairier options such as horse-drawn carts and the backs of pick-up trucks).

If you’re lucky enough to live close to work, you may want stroll to work in the morning. However, that’s not as simple as it might sound.

The first hazard of walking the streets of Rangoon is the streets themselves. Though some have sidewalks, using one means risking a fall into one of the many holes and crevasses that expose the sewers. Or, you could share the road with the hell-bent morning drivers. Luckily, scooters and motorbikes are illegal in Rangoon, which is one less thing to look out for.

The occasional life-threatening danger aside, the elements have got it in for pedestrians as well. Burma’s "cool season" can mean daily temperatures of 35 degrees Celsius, which feels more like 45 in the full sun. In the wet season, not even an umbrella can get you to work without looking like a drowned rat.

It’s not all bad though, as walking is the best way to observe the surreally beautiful street scenes of the city: pre-teen nuns winding their way down narrow alleys, bent-backed old ladies giving stray cats their breakfast, and people perched on tiny plastic stools slurping their breakfast mohinga (a fishy noodle soup).

Rangoon taxis breed like flies. Every second car on the road is a white taxi driven by a man with his arm out the window and a lazy red mouthful of betel nut.

In many ways, taxis are the best way to get around in Rangoon. Not only are they extremely cheap (approximately 2000 kyat or USD$2 for a 20-minute drive), but the lack of road safety means you can get around quite quickly.

Unless, that is, your route is disrupted one of Rangoon’s many traffic jams. In the game of snakes and ladders that is navigating this city, a bad traffic jam is the equivalent of sliding down a snake right back to the beginning of the game. They can last anywhere from five minutes to an hour, meaning you should give yourself plenty of time to get to your destination.

At the time of writing, plans to limit the number of taxis in Rangoon were being drawn-up, however at present, you should have no trouble finding one at any time of the day or night.

There’s a lot to be said for Rangoon buses, if you’re game enough to try them. The government centralized the bus system in early 2017 (prior to this, anyone with a vehicle could start up their own route). Some of them may tear through the streets as if they owned them, but if you hold on tight you’ll get to work in one piece.

One of the most alluring aspects of the Rangoon Bus System is the price. You can board any bus, to any destination, for only 200 kyat (approximately 20 cents). Once you’re on board, Rangoon busses reveal their own microcosm of Burmese life. People from all walks of life take the bus; from monks and schoolchildren, to tiffin-carrying office workers. All of this, squeezed into a rickety old bus plastered with stickers and posters of Buddha, Golden Rock or Shwedagon Pagoda, usually driven by a skinny young man in a longhyi (a traditional sarong-like skirt). Try to snag a seat if you can. At the pace these busses travel, standing can mean risking a painful face plant.

However, it can be hard to navigate the bus system without ending up on the side of town opposite to the one you needed, so care is definitely required. Bus boys will often lean out of the doors and shout the destination. Listen closely and jump on the bus you need or ask someone else waiting at the stop, as strangers will usually be happy to help.

The Yangon Buses app can also be very useful, but will require you to learn Burmese numbers to identify the bus number you need. On most older buses, the bus boy can provide change, but if you’re lucky enough to get onto a newer bus (with air-con—amazing), exact payment is needed. However, if being packed into a sweaty bus on a 40 degree day is not your thing, you may want to give the bus system a miss.

Whichever mode of transportation you end up choosing, developing a familiar routine in an unfamiliar and strange place is one of the most exciting things about relocating to a new country. 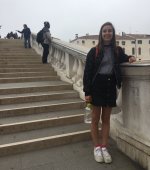 Isadora Vadasz is a recent law graduate from Adelaide, Australia whose aim is to combine professional experience with meaningful travel. Her interests are travel, reading, photography, and dogs. She is currently based in Yangon, Myanmar, doing a six-month internship.