You are here: Home/ Articles/ Beyond the Guidebook/ The Curse of Dracula

The Curse of Dracula 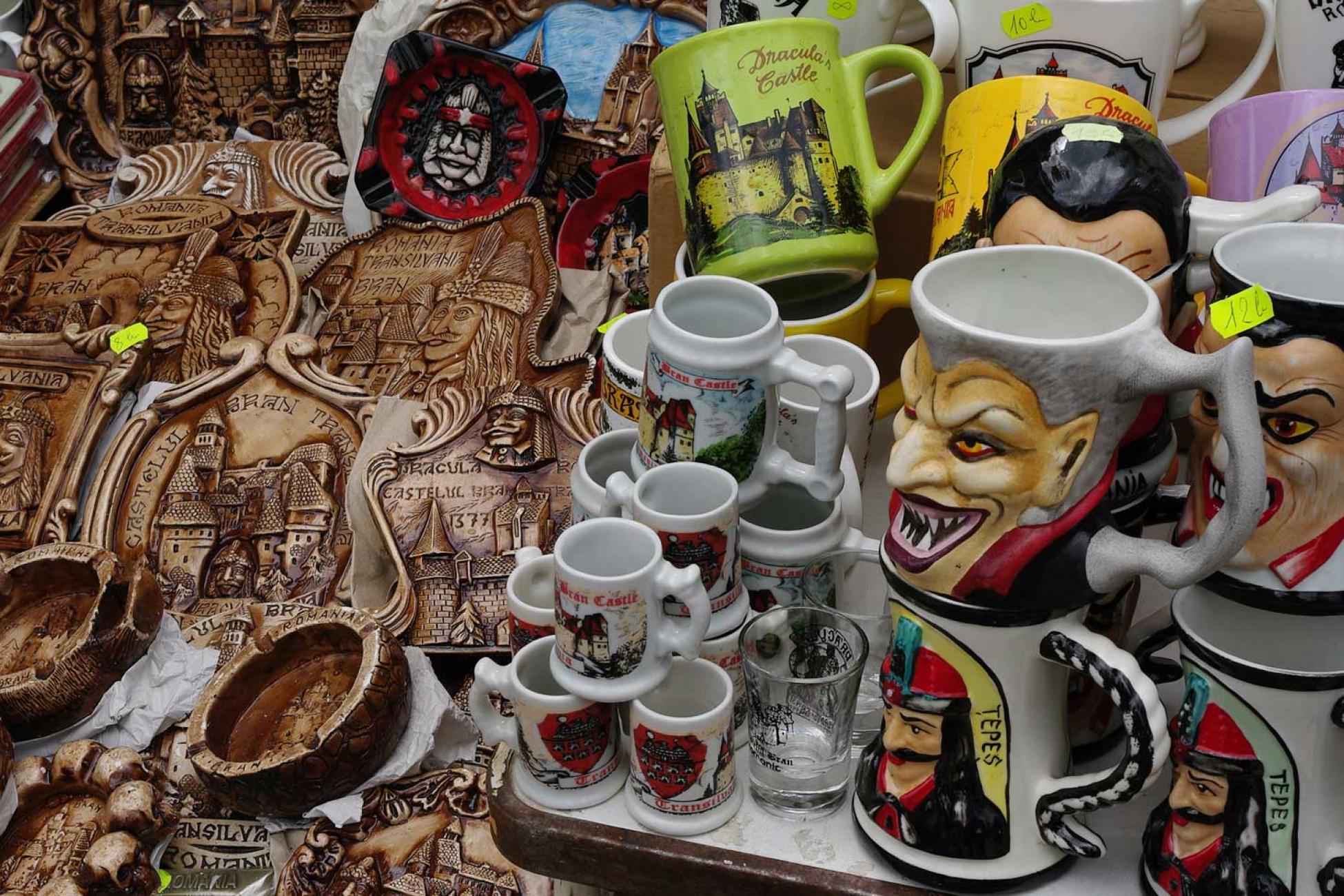 Dracula tourism makes Romania millions, but at what cost to local culture?

It started with the Satanists. The year was 1999 and Bruno Frohlich, a Lutheran pastor in the Romanian town of Sighișoara, had received phone calls from Satanists interested in renting his parish’s courtyard for “religious ceremonies.”

Talking about these strange phone calls over a decade later, Frohlich neglects to mention feeling the emotions that would seem natural if someone asked to perform satanic rites in your backyard: shock, outrage, indignation. But he says he politely turned down the request and got on with running the parish. He was lucky that they bothered to ask permission at all—other groups had snuck into the nearby cemetery to perform ceremonies, carving swastikas into the 100-year-old headstones.

“They were a little batty,” concedes Frohlich.

You learn to take Satanist rituals in stride, living in the birthplace of Dracula.

At first glance, Sighișoara looks more like the set of a fairy tale than Dracula’s hometown. It has pastel-coloured houses, a Baroque clock tower and echoing cobblestone streets that somehow escaped war, fire and Communist urban planners. Known as the Pearl of Transylvania, the quaint town has survived countless sieges in its 800-year history, but now it is under a new kind of siege.

Every year, busloads of Dracula fans, called Draculisti by the locals, descend on Sighișoara. While the visitors provide a much-needed boost to Romania’s economy, many locals worry that their cultural heritage is under threat. Dracula tourism has allowed Bram Stoker’s fictional character to overshadow the country’s history and cheap souvenirs to push local handicrafts out of the marketplace.

Cashing in on Dracula

Batty or not, the goths who had called Frohlich were ahead of the curve. They had realized the significance of Sighișoara as the birthplace of Vlad Tepes, the historic figure who Stoker based Dracula on. It wasn’t until 2001 that Romania’s mainstream tourism business came to the conclusion that Dracula tourism could bring in much-needed cash. As anyone from Gettysburg or Loch Ness will attest, paranormal tourism can be a lucrative business.

If Dracula is a national treasure, he’s a treasure some Romanians would prefer to leave buried.

Despite the lack of a Dracula tourism initiative by the Romanian government, almost 250,000 of the tourists who come to Romania every year visit a site associated with Dracula. Not only that, but Dr. Duncan Light, author of The Dracula Dilemma, estimates that Dracula souvenirs account for more than half of the souvenirs sold in the capital city of Bucharest. This has led some to argue that, if marketed properly, Dracula—a character that most Romanians still hadn’t heard of in 1999—could turn out to be a national treasure.

“Elsewhere in the world there is a very big industry about Dracula worth hundreds and hundreds of millions of dollars, but here in Romania it doesn’t exist,” said Matei-Agathon Dan, the former Minister of Tourism, in an interview with Smithsonian magazine in 2003. “It is time Dracula went to work for Romania.” While tourism has the power to make valuable contributions to the country’s economy, it accounts for just 0.9 per cent of Romania’s GDP—the least in the EU.

But even if Dracula is a national treasure, he’s a treasure some Romanians would prefer to leave buried. For many, Vlad Tepes—a folk hero and a symbol of the fight against corruption—is being been lampooned as nothing more than a blood-sucking monster.

In the 1970s, Dracula tourism was against the law. Nicolae Ceausescu, the President of Romania, had just returned from a disastrous tour of New York City, where he had been compared to Dracula for bleeding his country dry. The dictator was notoriously touchy and following the tour, stores were forbidden from selling anything related to the character. Instead, souvenir shops in Bran and Sighișoara sold locally produced handicrafts: wooden figurines, tapestries or ceramic work.

But despite the Dracula embargo and the difficulty Western tourists had getting into the country, the tourism industry thrived. So many tourists came to Bran alone that there was a dedicated tramline built for tourists from the city to Bran Castle.

The ban on Dracula ended with the Communist regime in 1989 and since then, the myth has grown into the main attraction. Perhaps the most telling example of how Dracula tourism has overtaken traditional tourism in Romania’s towns and villages is the number of mass-produced Dracula souvenirs for sale.

It’s easy to see why; a made-in-China shot glass with Vlad Tepes’s face on it sells for less than a dollar, while the least expensive handicraft sells for at least 10 times that. Romania is a known budget backpacker destination and few travellers have extra money to spend on artisan products. For many shop owners, cheap Dracula knick-knacks are a necessary evil.

“Sure, it’s bad for the culture, but we need the money,” remarked one worker in the Castle of Horror, a souvenir shop in Bran.

A new take on an old myth

Just 100 feet from the kiosks that surround Dracula’s Castle in Bran, is a villa that houses the offices of the Castle’s staff. Alex Priscu, Director of Marketing at the castle, takes a different view of the Dracula souvenirs flooding his town. His camelhair coat and well-appointed office contrast sharply with the cheap, open-air souvenir kiosks outside and so does his perspective on Dracula tourism.

“People active in the tourism business condemn what’s happening there; this cult of kitsch and the losing of traditions,” he says. “It’s a sad thing.” But he argues that the popularity of Dracula isn’t to blame. Instead, he says, local shop owners are to blame for purchasing their products from factories instead of local craftsmen.

Although Priscu has the luxury of a bigger budget than the average kiosk owner, he is convinced that locally produced souvenirs—even if they are themed around Dracula—can bolster the local economy and support traditional handicrafts at the same time.

Some handicraft makers have already experimented with this blend. A souvenir shop in downtown Sighișoara sells hand-carved wooden masks like those worn in traditional festivals in the Romanian county of Maramures, with one small addition—pointy teeth, a la Dracula.

Jonathan Cox spent 14 years in Bucharest and now he works as a reporter in Davidson, NC. His work has appeared in the New York Times India Ink blog, the Pulitzer Center and dowser.org.