You are here: Home/ Travel Intelligence/ Beyond the Guidebook/ Surviving as a Vegetarian With My Host Family in Ukraine

Surviving as a Vegetarian With My Host Family in Ukraine 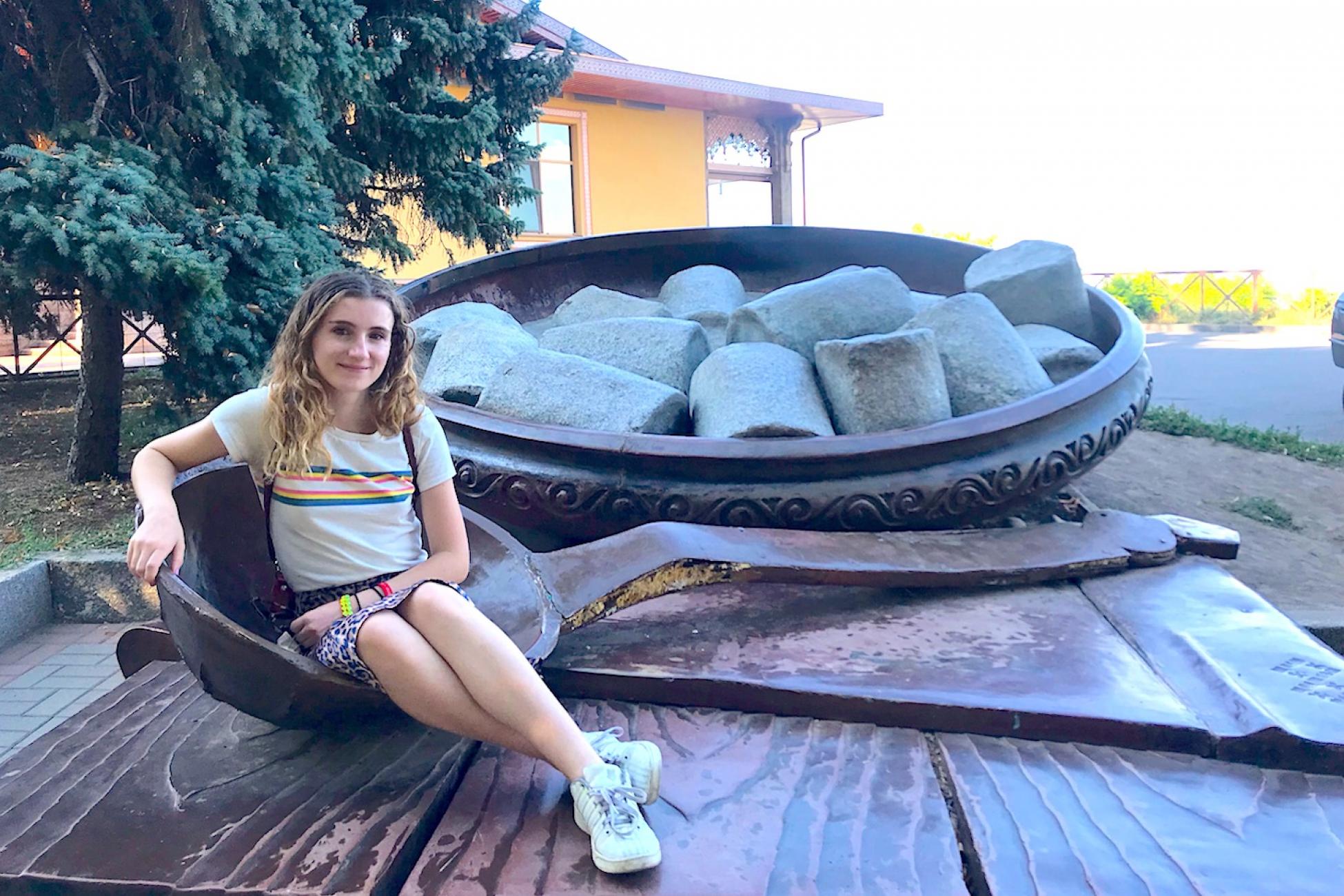 Being flexible with my diet helped me learn more about Ukrainian culture.

I have a distinct, traumatizing memory of my Ukrainian grandmother trying to force feed me—a new vegetarian—pork at Easter dinner.

I’d grown up attending Ukrainian school every Saturday, spent my summers at a Ukrainian Scouting camp, and had visited the country before. Yet, as someone who was born in the U.S. to American-born parents, I never quite felt “Ukrainian” enough.

So when I was preparing to spend a few weeks in Poltava for GoCamp, a program that places volunteers in English-language summer camps in Ukraine, my excitement and curiosity turned into apprehension: Would I be accepted for my differences? Would my host family even understand what vegetarianism was? Would I be relegated to eating nothing but dill-covered root vegetables and sour cream?

My worries were part of something larger than food. Food is an integral part of any culture, so I was afraid that I would visit my ancestral home and not be able to fully connect with it. However, being a vegetarian actually helped me learn more about Ukrainian culture and being a vegetarian abroad.

Here are some of the biggest lessons I learned:

Be clear about your needs, but consider compromising

Upon arriving at my host family’s apartment, I was greeted with mouthwatering varenyky (dumplings also known as pierogis) prepared by my host sister Masha. Thankfully, they were filled with potatoes and cheese, so it wasn’t a big deal that I didn’t eat meat—yet.

“This is very strange to me,” said Masha when I broke the news. “What do you substitute?”

I told her that I would eat fish, which I sometimes do when eating out. I’m glad I made this decision, because being flexible makes it easier to learn about a new culture.

I realized the questions came from a place of curiosity about vegetarianism, not judgment.

This was something I learned from the kids at my camp. On the first day, after I introduced myself to the group, Yulia, the teacher I assisted, encouraged the campers to ask me questions about my background. One of the first questions they asked was why I was a vegetarian. (It was something I was asked often over the course of the trip, often followed by “do you eat chicken?”) I realized that this came from a place of curiosity, not judgment, and that they were learning almost as much about my culture as I was about theirs.

Revisit foods you thought you hated

Ukrainians are very proud of their culture and love to share it. This is especially true when it comes to food: There is actually a monument to their local specialty in Poltava’s city centre. On my first day there, Masha took me to the monument, a statue of a bowl of halushky (which are boiled and sometimes stuffed balls of dough) with a giant spoon that’s ideal for posing in.

A few days later, two of the campers insisted on taking me out for halushky, even though we had originally planned on going for Japanese. Reading the menu, I saw that this restaurant’s vegetarian version was topped with a mushroom sauce. I’ve hated mushrooms since I was a child, so I found myself pining after salmon rolls and veggie tempura.

My dish arrived, swimming in a creamy sauce flecked with mushrooms. I gingerly cut off a piece to try—and I instantly forgot about sushi. Instead, I wondered why my grandmother had never made this delicious meal for our family.

Over the entire trip, I ended up only eating one salad, which is unheard of for someone from Los Angeles. I learned to push myself outside of my comfort zone.

Put aside your assumptions

Specific breakfast food isn’t really a part of Ukrainian cuisine. Most mornings, I would have leftovers from the previous night’s dinner and maybe some bread with homemade jam.

So when the other volunteers and I started missing going out to Sunday brunch, I was a little skeptical of what we could find. I assumed most of the restaurants in Poltava were going to serve Ukrainian cuisine, and that I might find a Georgian or an Italian restaurant here or there.

But when I took the time to look, Poltava surprised me with its Instagram-worthy cafes and patisseries. This is a culture that appreciates beauty, which led to some over-the-top waffles for breakfast; a trendy Ukrainian rendition of a familiar classic.

According to Yulia and Masha, a source of cultural pride for Ukrainians is their hospitality—and I really felt it.

On my first day of camp, one of the campers’ moms made me a bowl of borshch (beet and vegetable soup), two ceramic jars of potato and kraut varenyky, a slice of cheesecake, and several pieces of korovai (a sweet bread served on special occasions). Even though I ate until I was sweating, I had to give up with about half of the food still left.

“Why didn’t you finish your food? Did you not like it?” asked the parent.

I apologetically told her that it was delicious, but that I was full.

She laughed. “You better get used to it. Soon you won’t be skinny anymore!”

During my stay in Poltava, it felt like everyone was my grandmother, happily feeding me dish after dish until I nearly burst. I really felt the love and realized that my grandmother freaking out over pork was probably just her way of telling me she loves me.

During my few weeks in Ukraine, I learned about where I come from, undid stereotypes I didn’t know I believed, tried new things, and wasn’t force-fed a single piece of pork.

I left Ukraine feeling closer to my culture—despite my dietary restriction, and in some cases because of it. I felt a sense of belonging I wasn’t expecting— and realized that differences like food restrictions won’t get in the way of making genuine connections with new people. 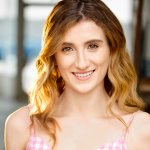 A graduate of the University of Southern California, Francesca has been published in USC Annenberg Media, Theatrenerds.com, and her own humor/criticism blog, The Loo Review. She is also an actress and screenwriter based in Los Angeles.