You are here: Home/ Travel Intelligence/ Beyond the Guidebook/ Hazardous Environment School 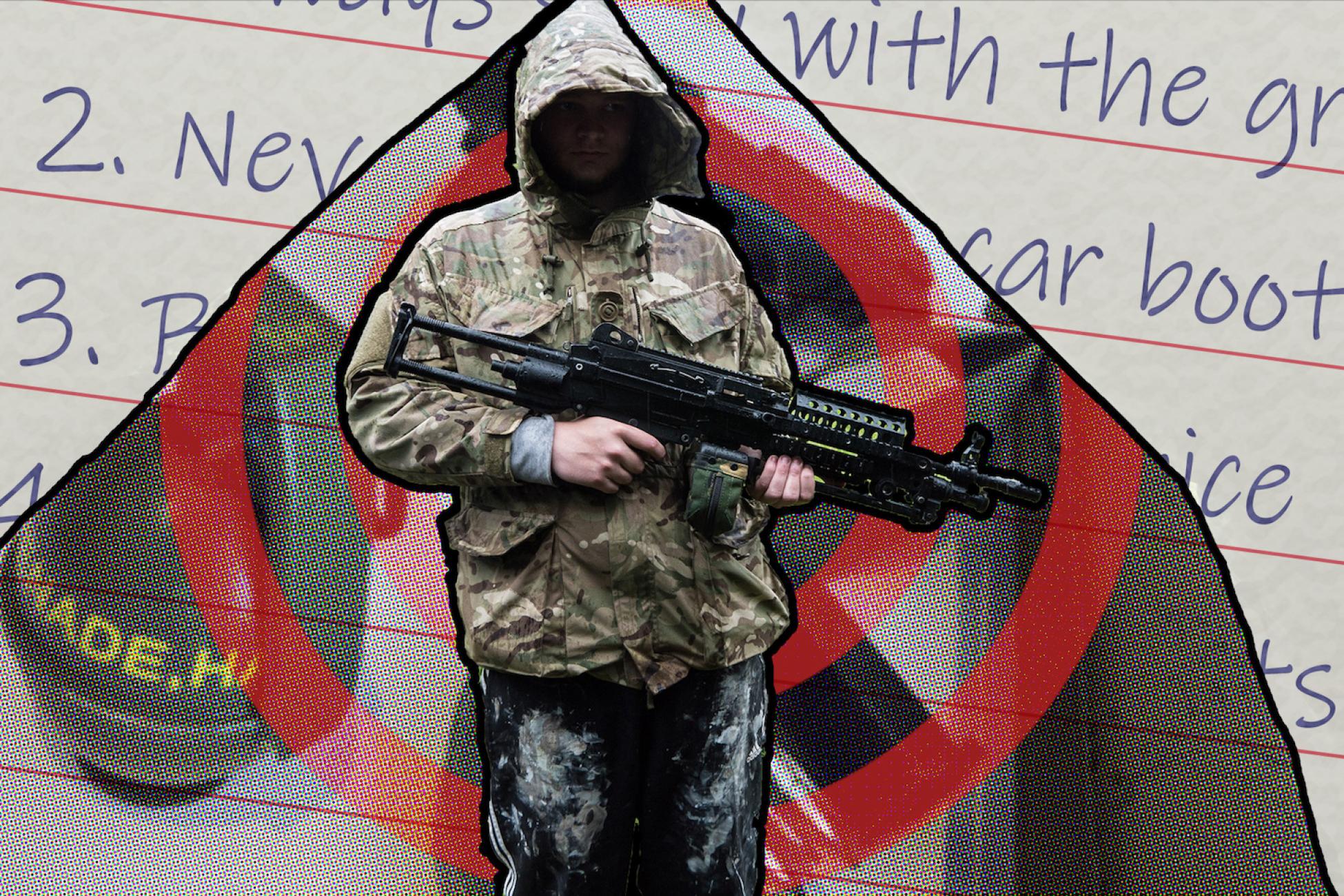 Things have gone badly wrong. Is it time to summon your inner warrior, or call up Mr. Nice Guy?

The barrel of a 9mm pistol gently twitched a few centimetres from Rupski’s nose. He was kneeling, his hands raised in limp terror above his head. Large drops of rain crashed onto his face, streaming down onto the soggy grass below, where his knees had begun sinking.

I looked on helplessly, half the cells in my body screaming “fight,” the other half “flight.” But I could do neither; two militiamen stood over me, rifles locked and loaded.

How did it go so wrong? It should have been simple: three UN personnel on a daytime assignment, crossing a sleepy border into the little-known state of Bramleystan.

Rupski was our fixer; the guy that got us in, kept us safe and, most importantly, got us out again. In a few moments, he would be dead, along with any chance of us escaping this godforsaken nation, located near Basingstoke, England, off junction 6 of the M3.

This terrifying experience was, in fact, part of a course designed to prepare me for travelling to places where scenarios like this might play out for real. Places like Chad, in central Africa, where I would soon be travelling for a story I was writing.

Like all prudent travellers, I had begun my preparations with Google. The top result for “Chad safety” was the UK Foreign Office website. A colour-coded map of Chad indicated areas of the country that were safe. There were none. Large swathes of red and orange advised against “all travel” or “all but essential travel.” Terrorist attacks in the capital, N'Djamena, were “highly likely” and the kidnap of Westerners “a very real threat.” I considered myself an adventurous traveller, but not that adventurous.

How would I—an acutely affable Brit—survive there? At home, I relied on smiles and handshakes in place of attitude and bravado. In Chad, it was easy to imagine the steps between a misplaced smile and a shallow grave. I desperately needed to transform into Mr. Hard-As-Nails-Take-No-Shit-From-Nobody. And I needed to do it quickly.

The answer was Hazardous Environment Training. I settled on a three-day course organized by HASP Training, a company established by ex-military man Rupert Godesen.

After spending years training staff for the BBC, Godesen decided to open his course to the public in 2016. Designed for war reporters, aid workers and energy sector employees, the course teaches essentials like bribes, checkpoints and teamwork: information useful to anyone travelling to a dangerous location.

In the bar of the Basingstoke Country Hotel, where the course was to take place, I sank into a marshmallow-soft leather sofa with a packet of salted crisps. Nineties pop rattled from the speakers. There were many ways to describe such a place, but a hostile environment was not one of them. I was anxious nonetheless; perhaps the plan was to bundle me into the back of a van and test my resilience to waterboarding.

A figure bounded into the bar, gesturing excitedly. “You must be Aram!”

Rupert was tall, fair-haired and had a warm smile. Not exactly the cold, battle-scarred man I had expected. Could he really provide me with the necessary transformation?

The following morning class commenced in a small, air-conditioned conference room. I sat opposite Luke, a young British journalist who was heading to war-torn eastern Ukraine. Next to him was Inga, an Icelander being deployed to Turkey by the UN refugee agency. Rupert stood in front of a projector screen flanked by two large war-zone images.

After introductions, we stepped into the break room. Alongside the coffee and biscuits, was an alarmingly incongruous assortment of firearms and explosives. From pistols to sniper rifles, tank mines to Coke bottle IEDs, there was enough firepower to take out the entire hotel.

I lifted a grenade and felt a pulse of excitement at its substantial weight.

“Of course,” I replied, placing the grenade back on the table, mildly disappointed that we were in no danger at all.

Over the course of the day we covered trip preparation (“know your destination!”); teamwork (“always stay together!”); avoiding confrontation (“stall, de-escalate and wait for a way out”); and vehicle safety (“check every inch of your car, and don’t forget the boot!”).

By day two, it was time for checkpoints and bribes. This was where I would escape my gentlemanly cocoon, channel my inner warrior and learn the secret to surviving situations in which my chummy little nice guy wouldn’t stand a chance.

Rupert began calmly. “If there is one thing I want you to remember, it’s that the best way to smooth the path ahead is by being a nice guy,” he said.

Rupert continued: “As Westerners, we can do anything. Learn the piano, another language or get a doctorate.” By contrast, he explained, we might come up against people without hope of such opportunities. “They might decide to hold you at a checkpoint for 10 hours, simply because they can. They are thinking: ‘You've come to my country on a jolly. Well fuck you, I live here and it's shit.’”

The secret to survival was to be myself? It felt like going to a garage with a puncture and being told that tires work best without air.

I wasn’t sure what to make of this. I’d come to learn how to survive in a country where imagining your own demise in 10 different ways was as simple as loading the first page of Google. Yet here I was being told the secret to survival was to be myself? It felt like going to a garage with a puncture and being told that tires work best without air.

This was especially important, we were told, when bribing.

“You can’t just rock up to a guard and wave money in his face,” said Rupert. “You need to maintain his dignity. Maybe he wants a cigarette. Or, maybe he hasn’t been paid in months and has a family to feed.”

Rupert recounted the story of a fixer working in Beirut. He drove through the same checkpoint every day. He knew the drill: “Yes, I need a new permit, but can I buy a pass for today?” he would say, as he handed over his passport with a few dollars tucked inside. One day he arrived at the checkpoint furious after an argument with his wife. “There’s your fucking money, now open the gate!” he snarled. Guns were cocked and he was dragged from the car, beaten and stripped. The car was torn apart. The next day he was fired.

“He lost his job for being a prick,” Rupert concluded.

As the day came to a close, Rupert had an announcement. “Tomorrow is the scenario. You will be heading into Bramleystan to carry out reconnaissance for the UN. Your fixer, Rupski, will take you to meet some locals. Meet him here at 9am.”

We found Rupski in the hotel’s carpark, hunched under his car’s bonnet. “Problems, problems,” he said. “But, everything’s fine.” Was this our first test? Rupert’s warnings cycled through my head, but our search of the car turned up nothing, so we set of for the fictional border with Bramleystan.

A large wire gate stood between us and an irritable looking man with a rifle. He waved us through and directed us to pull over with the barrel of the rifle. As he began poking around the car it suddenly dawned on me; we had forgotten to check the boot.

“What is this?!” he said waving some high-calibre ammunition over the rear seats. “Not mine, maybe these guys know?” Rupski chirped. We stared at him in disbelief. But, of course he betrayed us, that was lesson number one. Eventually a cash bribe got us out of trouble and we continued on to the location of our fictional rendezvous: an isolated cabin in the woods.

We waited inside. “I will go find them,” Rupski said, wandering out the door. We glanced anxiously at each other. Suddenly a man in camo gear slammed the door shut and banged a pistol onto the table in front of us. A younger man with machine gun stood behind him.

“I am Andy. You have money?” pistol man said in a jovial tone. “I have souvenirs. Come, I show you.”

“We have to wait for Rupski,” Luke said, hesitantly.

“Rupski come later. There is problem?” Andy asked. A third man arrived, our border guard from earlier, wearing a different jacket, carrying a bigger gun. We decided it was best not to disagree.

A bloodied uniform hung by the entrance to a small military tent in the middle of a field. “It didn’t go so well for him,” Andy smirked. Inside lay a selection of explosive ordnance.

“Souvenirs! How much you want?” said Andy, expectantly.

“They look nice,” I said, nervously summoning the affable Brit I had been expecting to suppress. “Let me speak to my bosses, we’ll come back.”

“I found you,” came a voice from the distance. It was Rupski. Was this the end? Relief washed over me, perhaps I would survive Chad after all.

“You owe me money!” Andy screamed at Rupski. It wasn’t the end.

“Andy, we can pay you what he owes later,” Inga offered in desperation. Rupski was on his knees now. “Take them away!” Andy barked. The two men quickly herded us across the field. Then a shot rang out.

Andy appeared with a thunderous glare that left us in no doubt: the limits of nice had been reached. There was no talking our way out of this. We were hostages.

Then came a familiar voice: “Well done, guys!” Rupert was standing behind us, brushing the wet grass from his trousers. This time, it really was over. “You did great. Still together and still alive. Surviving kidnap? That’s something entirely different.”

Despite appearances, we had in fact accomplished our objectives.

“There was one group,” Rupert recalled, “all three guys were shot for being hot-headed and the girls... well, you know.” Merely being kidnapped? That was success.

It was a lot to take in. I had come to the course hoping to survive by become someone I wasn’t. In the process I had discovered that the person wanted to be would have ended up dead. Empathy had proven a far more potent force than arrogance and aggression.

In my ignorance, I had believed that being a nice guy was only possible when you had the rule of law to back you up. Yet the very opposite is true. Without the protection of the state the stakes are much higher. Losing your composure at a checkpoint in Chad risks far more than losing it at a toll booth on the M3.

Ultimately, it turns out that the best tool we have when travelling to dangerous places is an ability to be human. It’s a tool I had been carrying all along, and one I was now ready to use, wherever my travels take me. 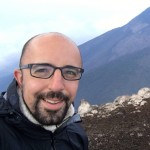 Aram is a writer and documentary photographer from London, UK. His work has been featured in publications and exhibitions around the world, including The Calvert Journal, Fodor’s Travel and Hellerau 2019. You can see more of his work at www.arambalakjian.com