You are here: Home/ Articles/ Travel Health/ The Traveller's Parasite 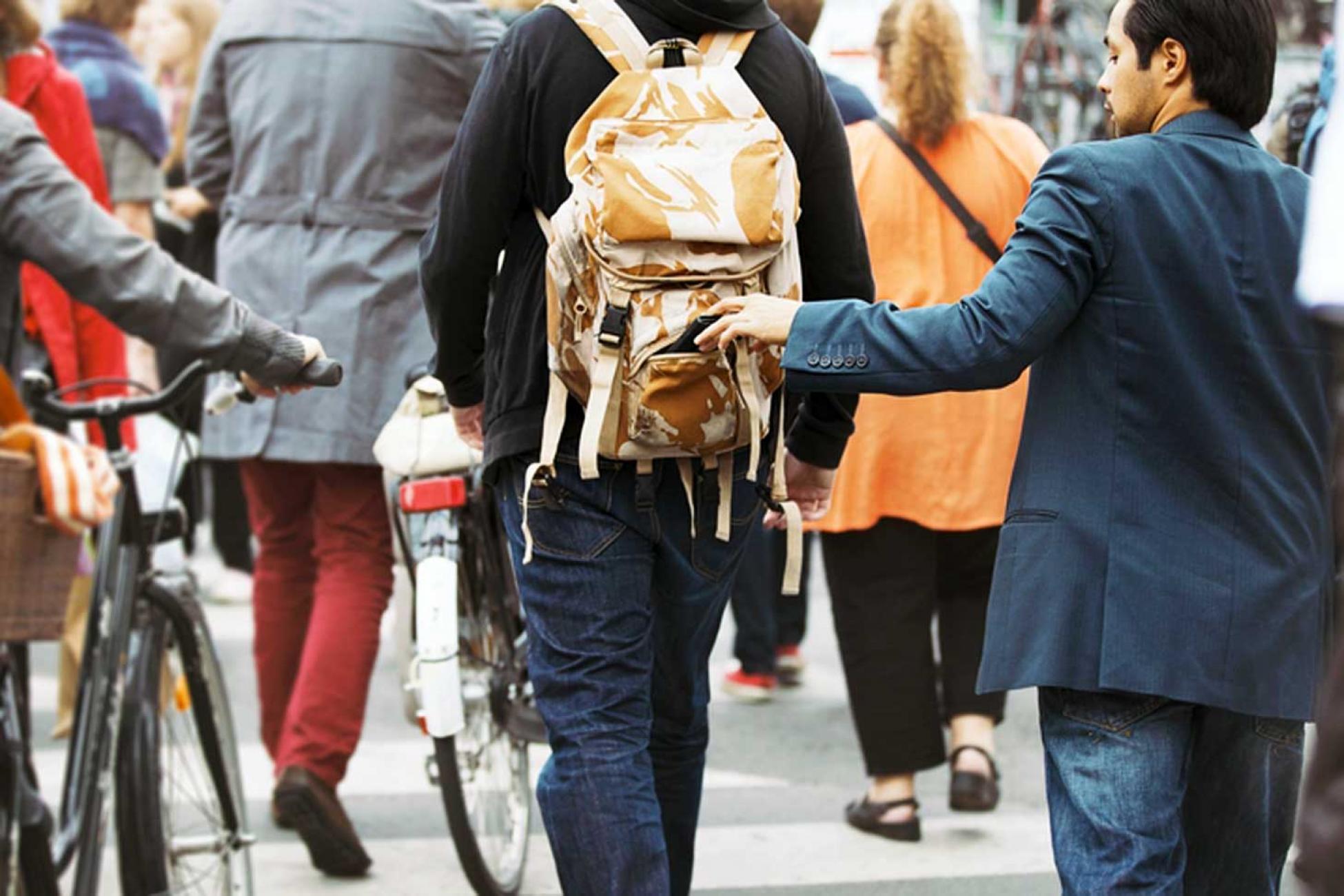 They're everywhere, often difficult to detect until it's too late, but when they strike, you'll know you've been had.

Parasites can ruin even the best-laid travel plans.

One parasite, the little-studied, often-misidentified traveller’s parasite presents a particular danger.  This parasite is native to many regions of the world (including colder climates like that of Canada);  train stations and airports, monuments, and other tourist sites are among its preferred habitat.  Two unmistakable symptoms:  an upset feeling, provoked by a cash-deficient condition, and an urgent need to rush to a bank confirm you have had a visitor.

“May I help you?” a well-dressed male asks me as I wander aimlessly through one of Mexico City’s massive bus stations.  It is the haven’t-I-seen-you-here-before pick up line of the traveller’s parasite.

He tells me he is having a terrible day—robbed at knifepoint in a taxi.  It’s a great conversation topic in this capital city:  if you haven’t been a victim, you have heard the stories.

My new friend is a professor of ancient history from Palenque, the (distant) site of some of the country’s most-visited ruins.  He would be happy to show me around the ruins, even to accommodate me in his home.  Unfortunately, he had lost all of his money in the robbery.  “I feel ashamed to ask,” he says after we have chatted a while, “but could you lend me money for my ticket?  I will pay you back when you visit.” When I hesitate he adds that he is desperate to go home because his mother needs an operation.

Of course, 'my mother needs an operation' is probably older than the Aztecs but otherwise his approach has all the characteristics of the notoriously clever traveller’s parasite.

First, the friendly-faced traveller’s parasite mimics the potential host.  It speaks your language, imitates your dress, shares your interests, and might even be going your way.  This helps you feel comfortable—even lucky—and let down your guard.

Second, this parasite exploits the human tendency to feel sympathy for other breathing organisms.  The traveller’s parasite may itself feign feelings of sympathy—even arriving conveniently when you are in some need—but it is not burdened by emotion.

Third, the traveller’s parasite knows that the real currency of the tourist is adventure.  That’s why the implicit barter arrangement is so effective:  you solve its short-term liquidity problem in return for a little adventure.  In this case, a knowledgeable tour guide to show you around famous Mexican ruins.  Your benefit in the bargain disappears just after the parasite has locked onto your green life-blood.

And finally, the traveller’s parasite always has some monetary hurdle, surmountable only with a ride on your greenbacks.

A parasite I encountered some years ago in the Canary Islands, off the coast of Morocco, remains among the cleverest specimen I have encountered.

I had hoped to go by sailboat from the Canary Islands to Senegal, Africa, and found a boat’s skipper willing to take me, but interminable delays were making me impatient.

Jim said he had a friend en route from the United States to South Africa, via the islands.  The friend, Chris, would probably be willing to take on a ‘ship-hopper,’ as Jim called me.  “You've heard of Gloria Vanderbilt, haven’t you?” Jim asked.  “Chris is her son.”

Jim and I had lots in common.  He had studied law (like me!) and he loved to travel.  Over the next few days, Jim let his story unfold expertly:  he was having $15,000 wired from the U.S. but the local government was demanding an up-front import tax.  Jim was short $1,400.  He did not directly ask me for the money, knowing that the asking is likely to put you on your guard.  Jim waited for me to make the offer, with the implicit understanding that he would get me onto the Vanderbilt yacht in exchange.

"My mother needs an operation" is probably older than the Aztecs, but otherwise his approach had all the characteristics of the notoriously clever traveller's parasite.

Jim even drove me to the port, in a new BMW (likely rented), to see whether the yacht had arrived.  It had not.  A smartly dressed couple accompanied us.  Jim was hooking them up with another sail-boating friend.  I concluded there must be economies of scale, even in parasitism.

In truth, I had Jim pegged for a traveller’s parasite early on (and eventually eluded him) but couldn’t resist testing—like a scientist doing a field study—his tolerance level for buying me beers.

While parasites like Jim present a clear danger, travel even to areas of endemic infestation can be safely managed.  After all, the traveller’s parasite, like all of its life-sucking relatives, is itself powerless if not attached to a host.  If you do fall victim, it is an opportunity to observe the art in the struggle for survival of the traveller’s parasite—art that is usually absent from the approach of stomach worms, venomous snakes, or common thieves.

I sometimes feel guilty for enjoying the performance of the traveller’s parasite without making some contribution—a freeloader of sorts, if that’s possible.  Occasionally I am tempted to offer some advice as compensation, an Ebert and Roeper type of review, perhaps to suggest:  drop the mom needs an operation, or couldn’t it be your Uncle Joe’s yacht, instead of the Vanderbilt’s?  But I fear such a critique would ruin the show.

And no good host would do that.