You are here: Home/ Work Abroad/ Blogs/ 48 Hours in Hamburg 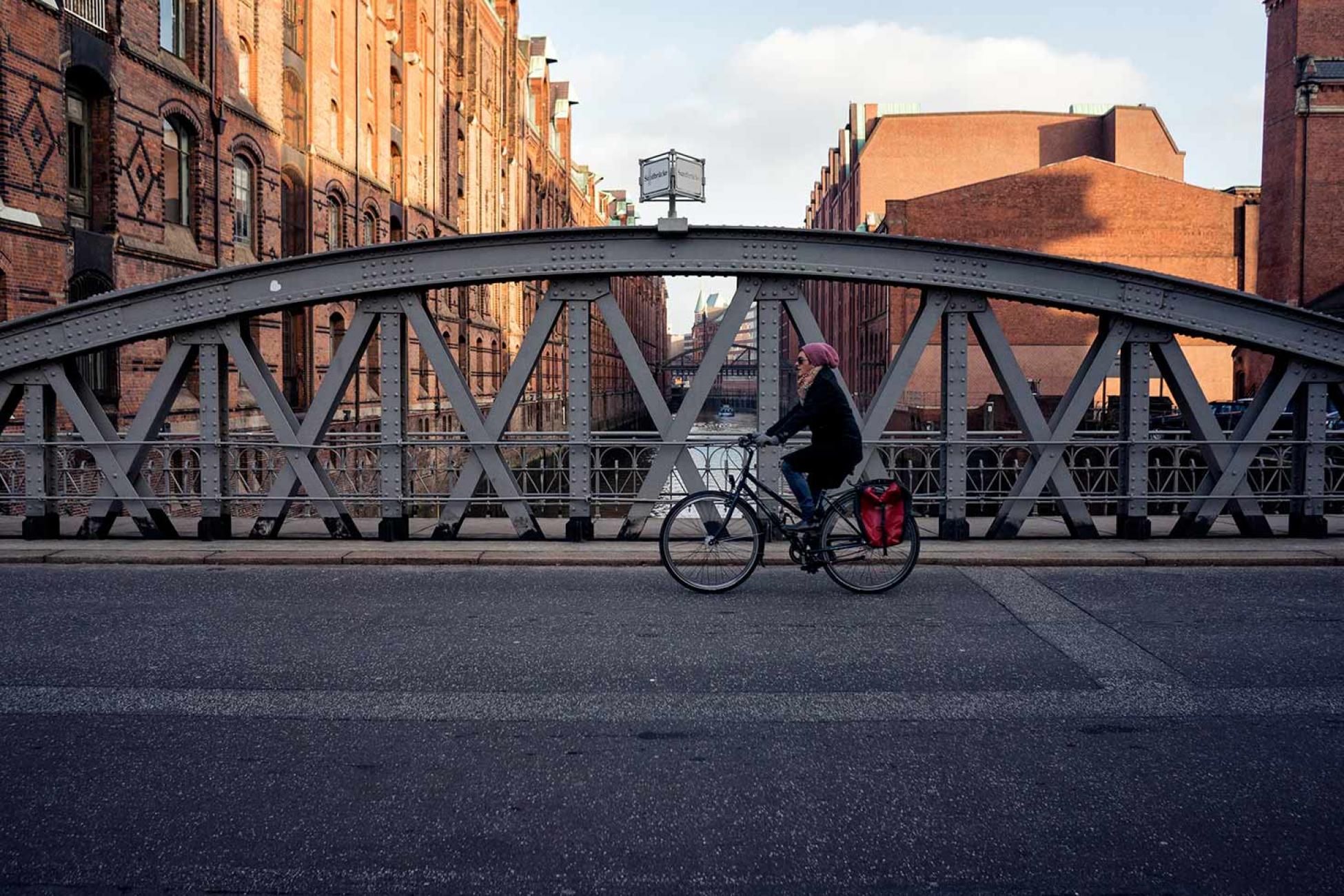 A spur of the moment getaway teaches Elizabeth an important lesson.

Are you a fan of spontaneous travel? I am. I love all things impulse. I'm a wildcard.

I've never had the urge to fly first-class, stay in a five-star resort or get a massage on a beach overlooking the ocean. Of course, it would be nice to have all of these things. But dig deep and my wants are a last-minute train ticket, a small backpack and no set plan of what to do. Many people are afraid of the unknown, but I live for that feeling of nervousness. Your muscles tense, your heart pounds, your fists clench and you've got no idea where to start.

I booked a trip to Hamburg, Germany to see a friend. It was long overdue and strange, to say the least. Hamburg took me by complete surprise.

I left at six in the morning from the Netherlands. The sun was rising, there was a crisp wind and the whole town felt silent to me, as though I was sneaking out of a house like a rebellious teenager. I felt like I didn't make a sound or a single ripple in the canals as I left.

I arrived at Hamburg Hauptbahnhof late morning and in an instant I could pick Ben out of the entire crowd, even up two flights of stairs with his back towards me. Isn't that the funny thing about being in an exciting new place? You look for the first sign of familiarity and it's easy to spot.

Living large for me was the thrill of meeting new people and experiencing a city I had never really pictured going to. I'm used to falling asleep on airport floors and train station benches and schmoozing my way into overbooked youth hostels because I have not planned that far in advance.

My first night in Hamburg was a blur; my eyes devouring the sight of the harbour, the city lights and the subway. Digging into enormous pretzel burgers and beers in a restaurant overlooking the Elbe River, beers that I sipped while walking through the famous Elbe Tunnel. It was a completely new situation.

Hamburg can be a party city. I know this now, I learned the hard way. Being in Hamburg I had the privilege of being able to party with Australians for the first time in my life—and it was just as outrageous as Tumblr makes it seem. Of course warm, funny and friendly, I have no regrets about the amount of Lowenbrau I had consumed, mate.

I met Olga through my new friends, she was warm, she was kind and she made me feel like I could hold onto whom I really was in a time when I found myself not having the faintest idea of who that was.

There was something endearing about Hamburg, the harbour festival was on, there were beer gardens, the language filled the air and fountains in the Planten Un Blomen danced.

I danced in an old, loud disco-tech with sweaty flailing Australians, Germans, backpackers, endless gin and tonics, the smell of cigarettes and myself, getting praised for finally showing off who I was—a completely weird, wild individual.

What I learned while going to the top of St. Nicholas Church watching a little red balloon float in the sky, walking the empty Hamburg streets at four in the morning and having complete trust in people I had just met was that I trusted them because they were only themselves—and that is truly an admirable quality. What I learned from Hamburg other than it was a city with a rich history and intense nightlife, is to just be yourself when you travel.

It was when I felt most like myself as I looked down at the towns, trains and mountains sprawled out on the floors of the Miniature Wonderland exhibit, not wanting to go home. Having to leave in two hours and just beginning to open up I started to appreciate the city for all that it was.

Hamburg was a real life wonderland, a place that left me upside down, enchanted and wanting more.

Elizabeth had two dreams when she was a child; the first to travel the world, setting her feet on every continent she could, and the second, to be a writer, and perhaps join the circus along the way. Elizabeth is an Ashtanga Certified Yoga Instructor. She graduated with an undergraduate BA degree in History and English Literature from the University of Western Ontario and studied Humanitarian Aid Management in the Netherlands. A Canadian expat, Elizabeth blogs about her life working abroad in Australia.